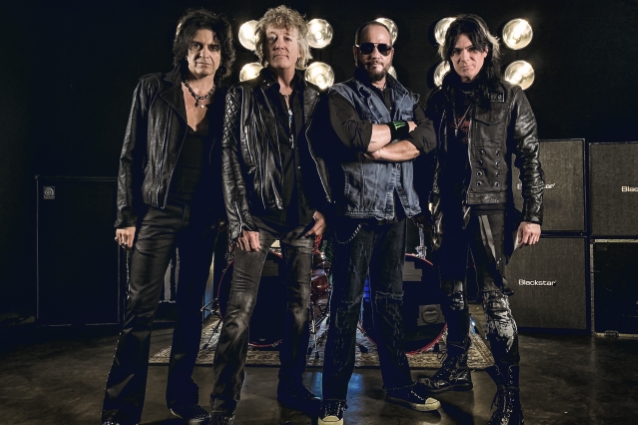 "Never Let You Go", the new video from A NEW REVENGE (formerly PROJECT ROCK and ROCKSTAR) — the band featuring former members of JUDAS PRIEST, ALICE COOPER, OZZY OSBOURNE and SCORPIONS — can be seen below. The song is taken from A NEW REVENGE's debut album, "Enemies & Lovers", which will be released on March 29 via Australia's independent record label Golden Robot Records.

Due to scheduling conflicts, Sarzo was unable to attend the filming of A NEW REVENGE's videos. The band's good friend and renowned played Phil Soussan (OZZY OSBOURNE, LAST IN LINE) stepped in at the last minute to take his place.

Kelli says of A NEW REVENGE coming together: "Beginning the songwriting process, we said, 'Let's get together and come up with three or four original songs.' Without any pressure, just creating as we went. Finally, we got to the eleven songs we were all happy with. 'Here's To Us' was the first song we wrote for this record. It came very fast and was pretty simple to write. It's basically an ode to hard rock fans the planet over."

Kelli says of "Enemies & Lovers": "It's been a long time coming but it's completely finished — mixed, mastered and all ready to go. We all really, really excited to finally unleash this on the hard rock community."

A NEW REVENGE will hit the road across the U.S. in support "Enemies & Lovers" throughout 2019 and is looking at locking in a European tour later in the year.

"Here's To Us" was premiered in 2013 on Russia's "Drive Time Morning Show With Evgeny Shtoltz".

Owens told RockEra Magazine about A NEW REVENGE: "It started as an all-star band playing songs from all of our careers. Then we wrote a CD and recorded it, and I can't wait to get it out." He described the band's musical direction as "just good old straight-forward hard rock."

A NEW REVENGE is: 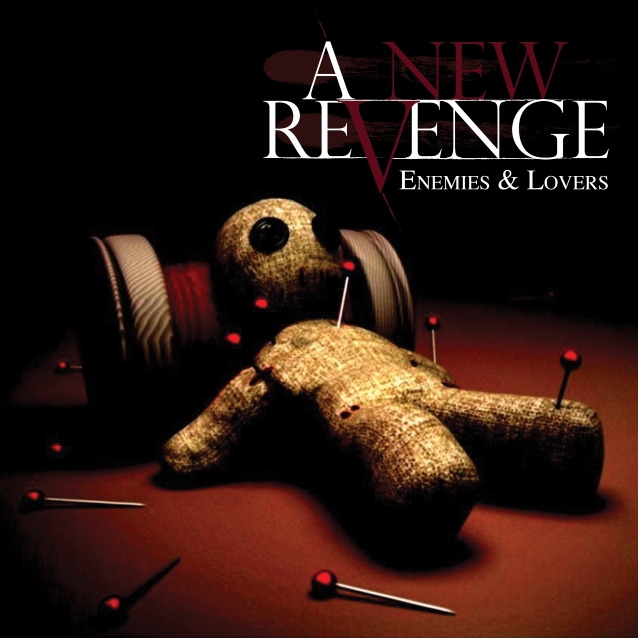