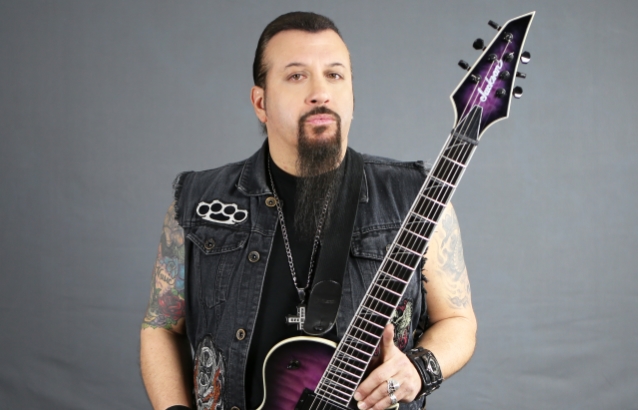 "Mike Orlando's Sonic Stomp" was recorded live in at Thiago Bianchi's Fusao Studios in Brazil and was filmed by Junior Carelli and Rudge Campos of Foggy Filmes. It contains footage of Orlando playing 12 killer tracks from his SONIC STOMP releases. The DVD includes full-band performances as well as solo renditions.

Said Mike: "I'm very excited to be releasing my first 'Sonic Stomp' DVD and I'm thrilled the way it came out. Aquiles, Junior, Fernando and Foggy Filmes all did such an amazing job! It's a pleasure & honor to work with them all."

Additional drums on "Jam On It" were recorded by the late great A.J. Pero (TWISTED SISTER, ADRENALINE MOB).

Drum tracks on "Throwdown", "Game Show" and "A Vision of You" were laid down by John Macaluso (YNGWIE MALMSTEEN, TNT) while the drums on "Changes" and "Sonic Stomp" were played by Steve Tobin (CARNIVORE, DUST TO DUST).

You can pre-order "Mike Orlando's Sonic Stomp" at this location. 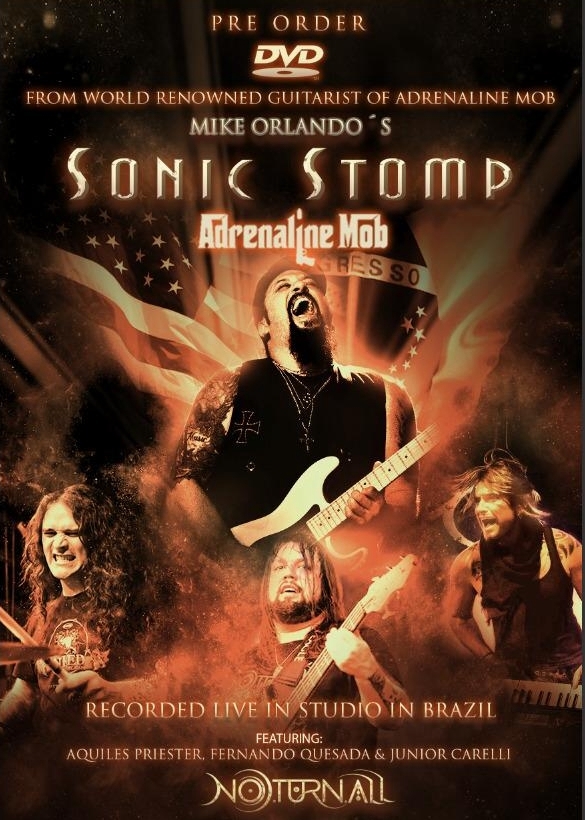