Legendary rockers AEROSMITH have postponed their previously announced European tour due to the coronavirus pandemic sweeping the globe. The new dates will now kick off on May 29, 2021 in Moscow, Russia and end on July 15, 2021 in Vienna, Austria.

AEROSMITH announced the postponement in a social media message earlier today. The band wrote: "AEROSMITH is and always will be a band for the fans, of the fans and by the fans. It is for this reason that we have made the decision to reschedule our European Tour to Summer 2021, in an effort to keep the focus on the health and well-being of everyone during this unprecedented time. Please hold on to your tickets as they will be honored for the new dates.

"If you are a ticket holder, your point of purchase will be in contact directly with further details. Unfortunately, despite our best efforts, it has not been possible to reschedule our show in Mönchengladbach, we are beyond disappointed and look forward to seeing our fans in Germany as soon as we can. In the meantime, please be safe and kind to one another.

Two months ago, AEROSMITH's "Deuces Are Wild" Las Vegas residency performances scheduled for May 20 through June 4 at the Park Theater were also postponed in the wake of the coronavirus crisis.

AEROSMITH launched its Las Vegas residency in April 2019 and had completed several legs of the "Deuces Are Wild" concert production at Park Theater before the latest postponement.

AEROSMITH hasn't released a new studio album since 2012's "Music From Another Dimension!" That effort was released when AEROSMITH's label, Columbia Records, was reportedly going through a leadership change, and it ended up becoming a commercial disappointment.

The lackluster response to "Music From Another Dimension!" later caused two bandmembers — guitarist Joe Perry and drummer Joey Kramer — to question whether there's any point in AEROSMITH making future albums. 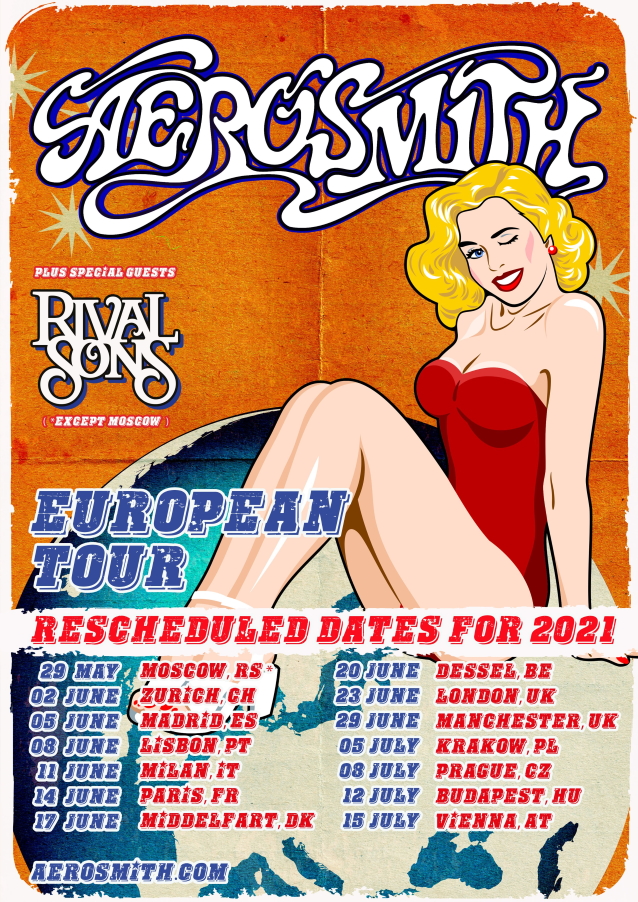