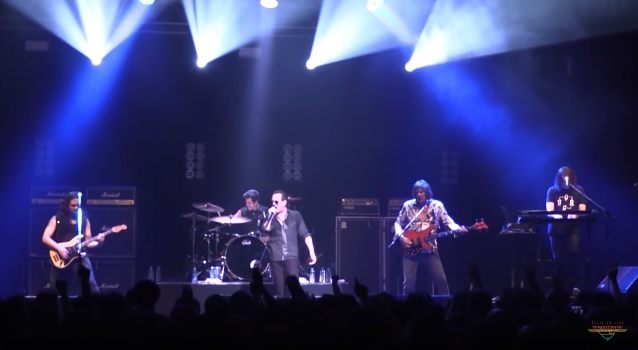 As part of the GRAHAM BONNET BAND's 2017 "The Book" tour in Japan, a three-night special engagement and reunion of ALCATRAZZ was presented, much to the delight of the Japanese hard rock faithful.

On December 7, Frontiers Music Srl will release "Parole Denied - Tokyo 2017", a special documentation of these special shows, on 2CD/DVD and digital formats.

Founding ALCATRAZZ members Graham Bonnet (vocals), Jimmy Waldo (keyboards) and Gary Shea (bass), reunited after 33 years for a unique series of shows in Osaka, Nagoya, and Tokyo, Japan in March 2017. For the special occasion, the band was rounded out by Mark Benquechea (drums) and Conrado Pesinato (guitars), both from the GRAHAM BONNET BAND.

In addition to this unique farewell performance captured via audio and video, ALCATRAZZ raided the archives and added some unreleased bonus tracks taken from the original sessions recorded in 1985, including one song, "Emotion", with a young Steve Vai on guitar.

Additionally, the GRAHAM BONNET BAND has announced a U.S. tour where it will perform the first ALCATRAZZ album, "No Parole From Rock 'N' Roll", from front to back along with the other hits from the band's and Graham's catalog.

ALCATRAZZ was formed in 1983 by former RAINBOW and MICHAEL SCHENKER GROUP vocalist Graham Bonnet along with Jimmy Waldo and Gary Shea and they would go on to make three studio albums in the 1980s. The band's debut album included a young Swedish guitarist, Yngwie Malmsteen, and their second album featured guitar virtuoso Steve Vai. ALCATRAZZ split up in 1987 after the release of their third album, "Dangerous Games". 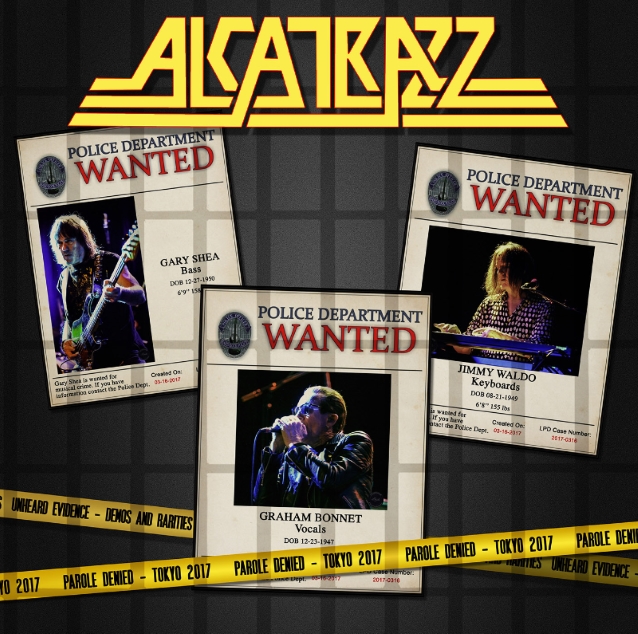