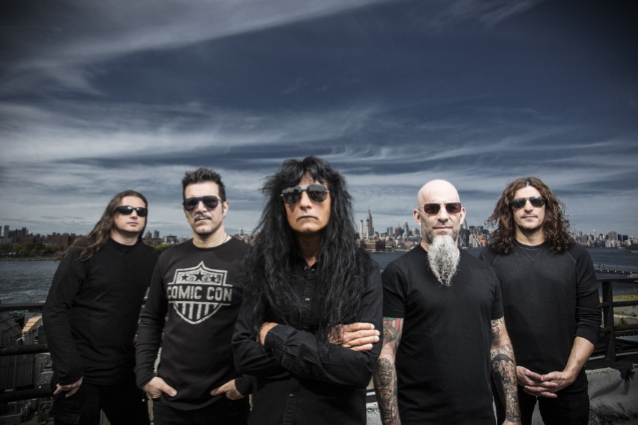 Thrash metal pioneers ANTHRAX have joined forces with the Stockholm-based Nezumi Studios and its founder David Campo to create and produce the limited-to-50 Nezumi Baleine dive watch, the ANTHRAX "Persistence Of Time" edition. The watch was inspired by the band's gold-certified, Grammy-nominated "Persistence Of Time", currently celebrating its 30th anniversary in release. Each one of the 50 watches is individually numbered, was 100% designed by Nezumi, and features a DLC satin black coated case, a Japanese mechanical movement, Swiss luminova on dial and hands, and a premium vegetable tanned leather strap.

"We connected with Nezumi and David Campo through our mutual friend David Ellefson (MEGADETH)," said ANTHRAX's Charlie Benante. "David sent us photos of watches he had made and they were all just beautiful, we were blown away. I sent him the album's cover artwork, but as there's only so much you can fit on the face of a watch, he came up with a tremendous design. These watches are awesome, we all love them, and think our fans will really love them as well."

Said Campo: "I got to know Charlie through David Ellefson of MEGADETH, and the stars aligned. Charlie asked if I would want to design a watch for the 'Persistence Of Time' 30th anniversary. I thought that album's title and hit song 'Got The Time' made the limited-edition watch a perfect fit, and, being a fan since the late '80s, it's been an honor to take part in this."

Check out the short video that was produced by Campo together with Artax Film for this release. "We cut this video combining old footage with information about the watch," he said. "I bought an old TV, put together a dinosaur-age cable set up and eventually got the video to play correctly. What you see on the TV is in fact being played back ON the TV."

The "Persistence Of Time" 30th-anniversary deluxe edition was released in August via Megaforce Records. Produced by ANTHRAX and Mark Dodson, it was made available exclusively on disc and vinyl. The CD package includes two CDs and one DVD, the vinyl edition offers four LPs, as well as revised cover art that reflects what had been the album's original visual concept.

ANTHRAX has been writing new material for the band's next release, expected out in 2021. The new album will follow ANTHRAX's 2016 release "For All Kings", the critically acclaimed 11th studio album that became ANTHRAX's highest-charting effort in two decades when it entered the Billboard 200 at No. 9. 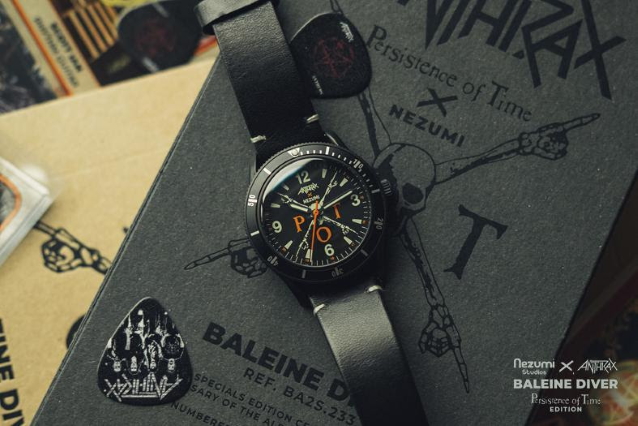