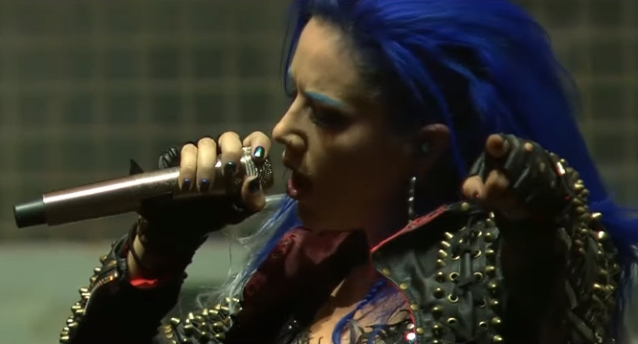 Professionally filmed video footage of ARCH ENEMY's entire June 29 performance at the With Full Force festival at Ferropolis in Gräfenhainichen, Germany can be seen below (courtesy of ARTE Concert).

This past January, ARCH ENEMY released a compilation, "Covered In Blood", of all cover songs the band has recorded throughout its career.

Last fall, ARCH ENEMY guitarist Michael Amott revealed that he has commenced the songwriting process for the follow-up to the "Will To Power" album. Released in 2017, that disc marked the second ARCH ENEMY album since the departure of longtime singer Angela Gossow and addition of Alissa White-Gluz.

"Will To Power" was released via Century Media Records. Co-produced by Amott and drummer Daniel Erlandsson, the disc was mixed and mastered by longtime collaborator and friend Jens Bogren (OPETH, AT THE GATES, DIMMU BORGIR). The LP's cover artwork was designed by Alex Reisfar.