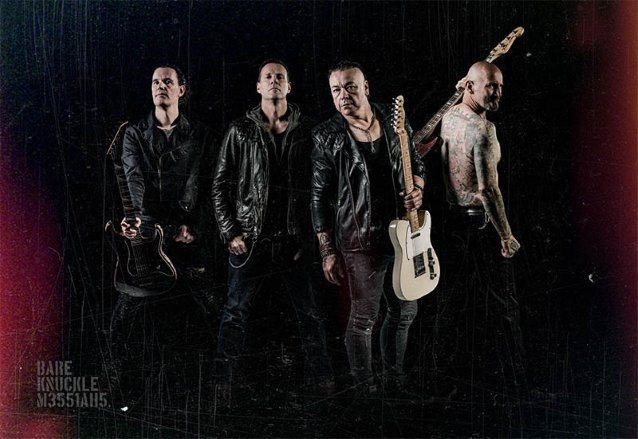 Hooker says: "I love the video, sound and line, so right now I'm a happy guy."

Hooker is joined in BARE KNUCKLE MESSIAHS by fellow former TIGERTAILZ members Andy Skinner (who replaced Ace Finchum) on drums and Cy (who replaced Jay Pepper) on lead guitar. Completing the lineup is Hooker's longtime friend and former S.E.X. bassist JJ, whom Hooker describes as "not the serial killer he seems."

Regarding BARE KNUCKLE MESSIAHS' musical direction, Hooker says: "I've always been into the heavier side of rock music, and this album is the album I've always wanted to make. It's my kind of music. It's been a long time coming, because, for me, it had to feel like the right time to do it, but I know it'll be worth the wait. We're itching to get out and play the stuff live in 2019."

Kim told Soundtrack Of Our Youth: History Of Hair Metal Music about his last exit from TIGERTAILZ: "What led to the split was that I just couldn't see a way forward after Pepsi [Tate, bass] died, and I was always left feeling like we were shortchanging fans as a band. I asked myself would I want to see MÖTLEY CRÜE without Nikki Sixx or MOTÖRHEAD without Lemmy and the answer was obvious. Pepsi was that important in TIGERTAILZ. He was 90 percent of the band. It was a huge loss."