COHEED AND CAMBRIA has unveiled a new track titled "Rise, Naianasha (Cut The Cord)". Available today on all streaming platforms, the song finds COHEED AND CAMBRIA channeling their progressive roots and is accompanied by a lyric video streaming now on the band's YouTube channel.

COHEED AND CAMBRIA vocalist/guitarist Claudio Sanchez elaborated on the genesis of "Rise, Naianasha (Cut The Cord)", explaining, "'Rise, Naianasha' explores the reach of love and loyalty and the reality that sometimes you need to be more than a shoulder to lean on — you need to become the destroyer."

"Rise, Naianasha (Cut The Cord)" arrives on the heels of the group's skyrocketing 2021 single "Shoulders". After scaling the Top 40 at the format since the summer, the recent single vaulted into the Top 15 at Active Rock radio, marking the group's career highest radio chart position to date and fueling anticipation for a larger release on the horizon. Sanchez recently sat down with Grammy.com for an in-depth interview discussing details of the band's imminent new album while also examining Vaxis — an emerging central figure in the sci-fi universe of "The Amory Wars" — previewing his origin story and expanding the mythos.

"Shoulders" shows no signs of slowing down either. "A total banger… as explosive and catchy as anything they've ever released," declared Revolver which placed "Shoulders" in its weekly "Best New Songs Right Now" round-up. "COHEED AND CAMBRIA are back, and they're heavy as ever," asserted Billboard, with Guitar World attesting "COHEED AND CAMBRIA have come out swinging." Brooklyn Vegan observed, "It finds the band embracing their love of classic heavy metal riffage, before exploding into the kind of soaring chorus that COHEED have been churning out since day one… they sound pretty damn inspired."

For the last 20 years, COHEED AND CAMBRIA has continuously broken the mold of what a rock band can be, forging its own path and building a universe around its music unlike any other. Whether it is in the way its genre-spanning approach to songwriting has allowed it to bridge worlds without being contained to one, or the multifaceted story arc of its albums and comic book series which mark the longest-running concept story in music, COHEED AND CAMBRIA has consistently shaped new standards, never conformed. "Shoulders" touches on the highs and lows of this journey, and how at times it can be frustrating to be an outsider to trendy circles, but in the end, doing it your own way has the biggest rewards.

It's been almost three years since COHEED AND CAMBRIA's 2018 album, "Vaxis I: The Unheavenly Creatures", was released as the band's "return to concept" album. After stepping away with a more introspective album in 2015, Sanchez and the band returned to the conceptual narrative of "The Amory Wars" in what was said to be the first of a five-part series of albums. With the release of "Shoulders" and "Rise, Naianasha (Cut The Cord)", the volume of fans' chatter for "Vaxis II" are loading up the band's social media pages. 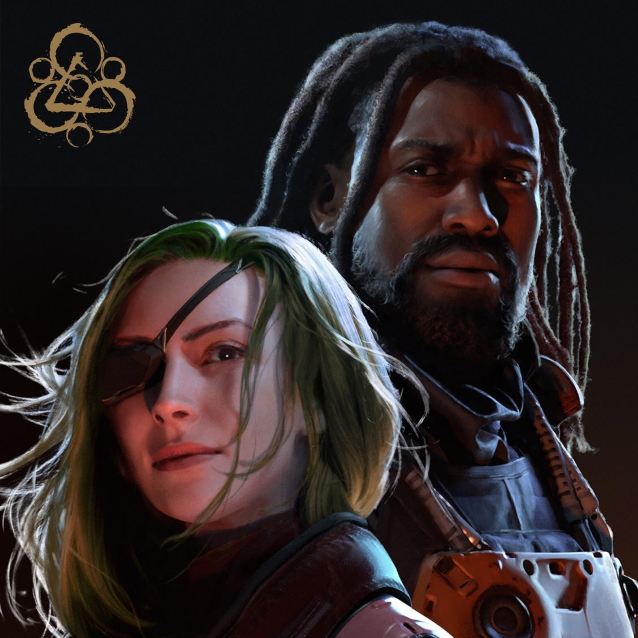