CORROSION OF CONFORMITY will kick off the second leg of its North American headlining tour this July. The "A Quest To Believe, A Call To The Void II" tour will commence on July 26 in Poughkeepsie, New York and run through August 25 in Providence, Rhode Island. Support will be provided by CROWBAR as well as LO-PAN and QUAKER CITY NIGHT HAWKS. Tickets go on sale this Friday at all local ticket outlets.

CORROSION OF CONFORMITY will also play a special one-off show with country singer Cody Jinks next month in addition to festival appearances at Rocklahoma, Heavy Montreal, KISW's Pain In The Grass, and a headlining performance at Psycho Swim, Psycho Las Vegas's annual pool-bound kick-off party where the band will be joined by LUCIFER, DANAVA, ASG, PRIMITIVE MAN, and more. In October, CORROSION OF CONFORMITY will appear on the inaugural MegaCruise alongside MEGADETH, ANTHRAX, TESTAMENT, OVERKILL, and so many others with more shows to be announced in the months to come.

* CORROSION OF CONFORMITY only 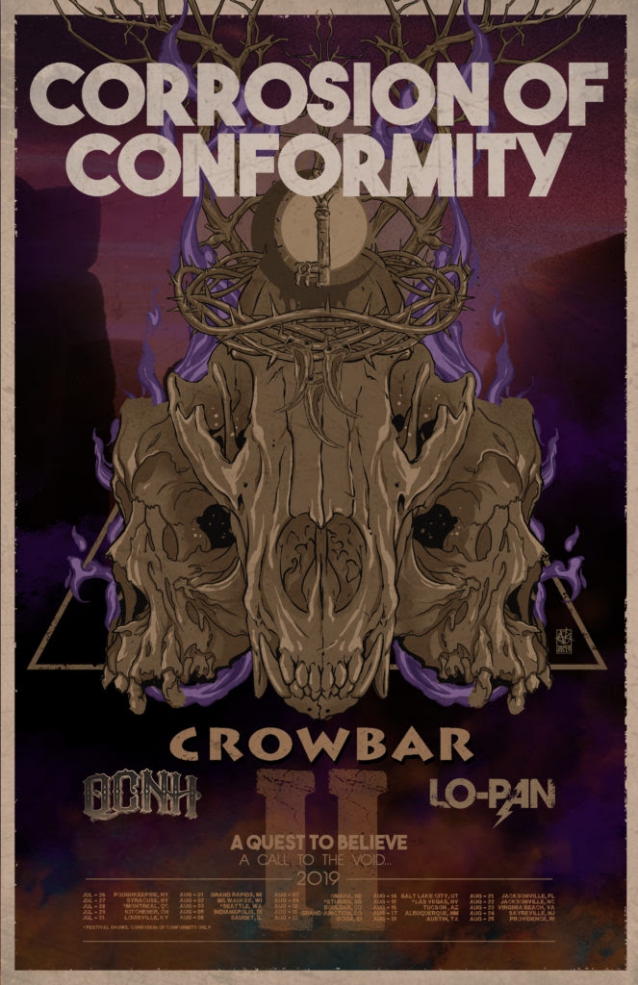