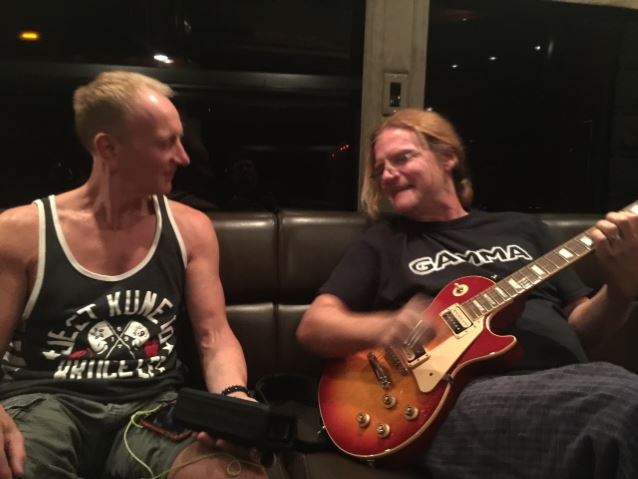 The guys in DEF LEPPARD have always had a close camaraderie with TESLA since they met in Amsterdam back in 1987, and now for the first time ever, TESLA is collaborating with DEF LEPPARD guitarist Phil Collen on a new single.

Tentatively titled "Save That Goodness", the new song has an upbeat catchy melody with positive lyrics that sound like classic TESLA despite being penned by Phil himself.

The TESLA members have been working on the new song by jamming in the dressing room and working out all their guitar parts and lyrics while on the road with DEF LEPPARD.

TESLA will enter the studio at the end of the month to record "Save That Goodness" and other material that will be released in time for a February 2016 tour.

Says TESLA: "A man with tremendous energy and love for TESLA, Phil Collen has been hanging out and working with TESLA on new music! A great friend and mentor to the band!

"We love Phil and our bros in DEF LEPPARD!"

TESLA's latest album, "Simplicity", sold around 14,000 copies in the United States in its first week of release to land at position No. 24 on The Billboard 200 chart. The record arrived in stores on June 10, 2014 via Tesla Electric Company Recording's arrangement with Entertainment One Music and distribution. 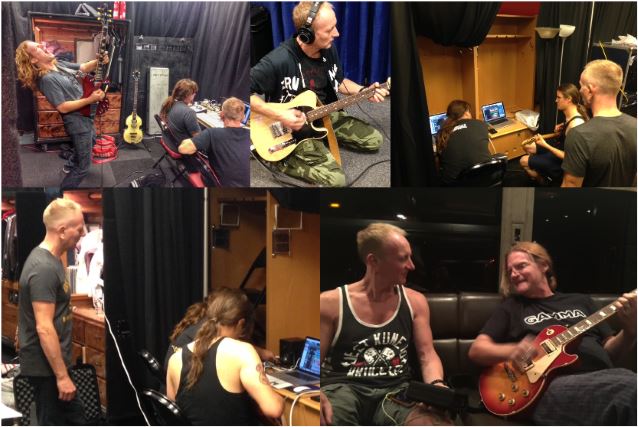