Canadian singer, songwriter and producer Devin Townsend has announced his first new tour in support of the forthcoming album "Lightwork", due to be released in spring 2022. Devin has started recording with producer GGGarth Richardson at his The Farm Studios in Vancouver, British Columbia, Canada.

Tickets for the "Lightwork Tour 2022" will go on sale Monday, June 14 at 11am CET and can be ordered at www.hevydevy.com/tourdates.

The following dates are currently scheduled, with more shows to be announced in due time:

Devin recently completed work on a new album, "The Puzzle", due later in 2021. The LP will be accompanied by an hour-long film that he is currently trying to get on Amazon Prime, Netflix and other streaming platforms.

Unlike most of Devin's recent musical output, which has been made available via Sony's leading progressive music label imprint InsideOut Music, "The Puzzle" will be released through Devin's own label.

Devin's latest release was "Order Of Magnitude - Empath Live Volume 1", which came out in October. The set has been described in a press release as "a document of [Devin's] winter 2019 European tour that saw [Townsend] taking on possibly his most ambitious live show to date." 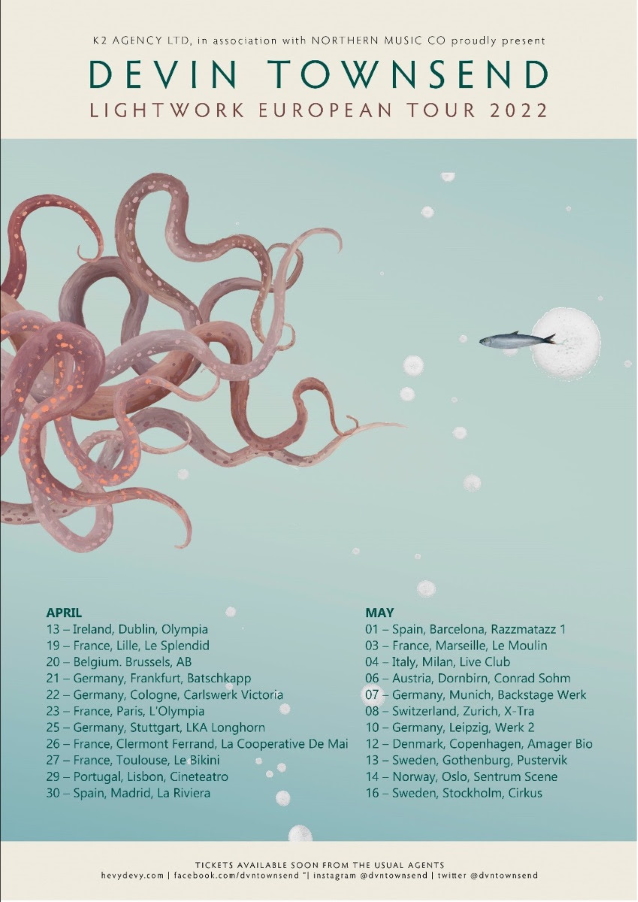