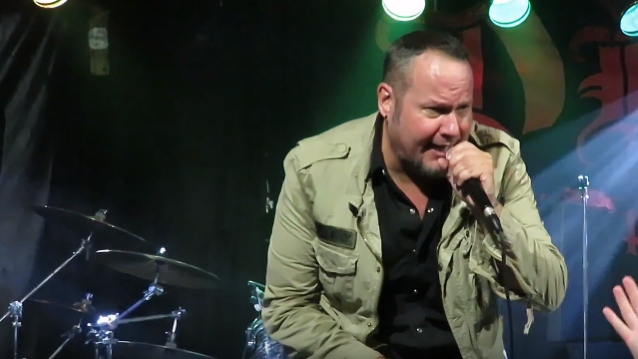 Decibel Geek TV has uploaded video footage of DIO DISCIPLES' August 18 performance at Herman's Hideaway in Denver, Colorado. Check it out below.

DIO DISCIPLES, which pays tribute to Ronnie James Dio and is fully supported by Dio's widow/manager Wendy, has already written several songs for its upcoming debut album, which is tentatively due next year via BMG.

DIO DISCIPLES is made up of former members of DIO, along with a rotating lineup of vocalists, including ex-JUDAS PRIEST singer Tim "Ripper" Owens and former LYNCH MOB frontman Oni Logan.

Billed as a "celebration of the music and legacy of the greatest singer in the world, Ronnie James Dio," DIO DISCIPLES have been playing Ronnie's music on tour in a bid to keep their old bandmate's memory alive.

Speaking to former ANTHRAX singer Neil Turbin for Canada's The Metal Voice at the fourth annual Ride For Ronnie this past May in Encino, California, Owens stated about the upcoming DIO DISCIPLES record: "We started doing [DIO DISCIPLES] to celebrate Ronnie — that was the main idea. And it kind of spawned off to, 'Let's try and do a record.' Why not? We've got all of us here, and Craig's [Goldy, guitar] wheels are always turning to write material. And Wendy was, like, 'Yeah, it's a great idea.' So Wendy started shopping the idea to people. So it's an exciting thing for us to do, because I think people wanted us to do our own music."

Added drummer Simon Wright: "Craig's got some really good ideas. So once we get in rehearsal, we'll start working on it and stuff, try to make the band have its own stamp. Ronnie will always be with us in spirit, and we'll see what comes out. So far it's sounding really good."

Asked about the musical direction of the DIO DISCIPLES material, Simon said: "I don't know yet. We've all got different influences, but hopefully it's gonna be this big mish-mash of something that's gonna be us."

Added Owens: "We're not making a DIO record. We couldn't do that. The best thing is, we've all done different types of records, but there's always some similarity to the classic metal and classic rock format, because we have this in us. But we still always move forward a little bit. But that's what it's gonna be. JUDAS PRIEST, DIO, AC/DC — all these influences are in us, and they're not gonna leave us. It's just us writing songs. It's not us writing songs to sound like something; it's us going in and writing songs."

Simon concurred, saying: "That's a good point. We're not writing to sound like somebody or something. The songs that we've already done do have a little bit of originality about them."

Several years ago, Goldy revealed DIO DISCIPLES were planning to start work on a project of original material, and they debuted three of the new songs — including one apparently called "Till The End Of Time" — during their May 2016 appearance at the "Ride For Ronnie" motorcycle rally and concert in Encino. 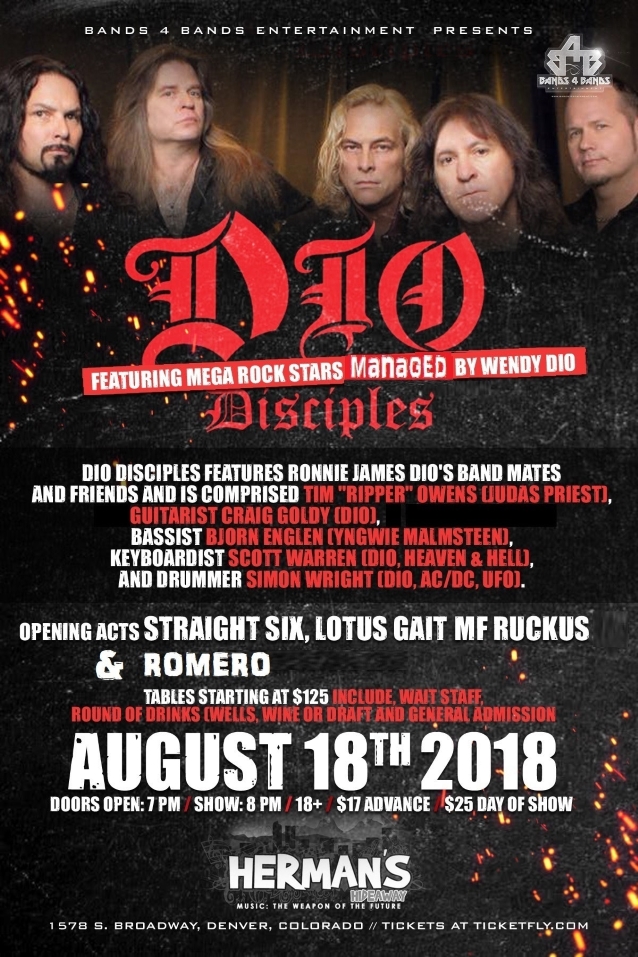