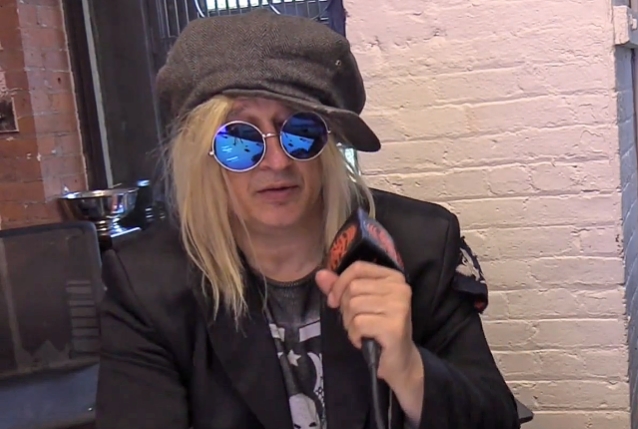 ENUFF Z'NUFF vocalist/bassist Chip Z'Nuff recently spoke with Heavy New York. The full conversation can be viewed below. A few excerpts follow (as transcribed by BLABBERMOUTH.NET).

Chip: "There's no rules or regulations, no need to put handcuffs on us. We grew up listening to different styles of music, and I always looked at ENUFF Z'NUFF like a potpourri of pop, rock, alternative [and] heavy metal. It's all mixed together, and this record is no exception. When people go, 'Chip, what's the new ENUFF Z'NUFF album like?', I tell them, 'Picture David Bowie and THE BEATLES fighting in an alley, and CHEAP TRICK comes in and breaks it up.' It's really a seventies record. We didn't want any filler on it at all. I just wanted to make a really solid glitter-rock record and I think that we've stood up to this challenge... When you hear this record, you'll be pleasantly surprised. It's hard to really pick what style of music it is — of course there's elements of rock, but it's poppy, it's melodic, and the subject matter, I think ran the borderline. We've taken some chances here."

On the recording process:

Chip: "It's very difficult nowadays making a record, especially the way we've done it, which is analog tape and really playing. These recordings show the warts, scars and tattoos of everything you're doing, but I think at the end of the day when you put the record on the turntable, you don't see smoke machines and chicks shaking their asses. You just hear the music and the songs, and I think right there, we hit a home run."

On becoming the group's lead vocalist:

Chip: "It's certainly a challenge. I'm up for it. I can wear this dress. It took me time to build confidence. We were out on the KISS tour — four shows with KISS. Those shows were so successful, and after the show, [KISS manager] Doc McGhee came up to me with Paul [Stanley] and said, 'Chip, you should have been doing this ten years ago.' That gave me a lot of confidence, and I came back to Chicago after that four-day run playing out in the Caribbean, Jamaica, wherever we were at, and I got a phone call from an agent who books Ace Frehley. He says, 'Chip, you want to go out and do 30 shows with Ace?' That was it right there. That showed me that we could do this as a band. That tour was really successful for us, and that put a little fire in everything for us. I think that was the green light for us to be able to move forward... I really had to find the strength and the confidence to do this, and my band provided that. Now the fans have spoken, and they gave me the green light. I'm real confident [about] what the future holds."

Chip: "Most ENUFF Z'NUFF albums are very autobiographical. Not this record. On this record, I'm singing about other people, too. I'm not going to say who they are, because that would take away from what the song's about, and I want people to interpret the songs the way they hear them, but there's some really strong words. I'm the wordsmith now — I have no choice — and I think I've really nailed some wonderful stories that aren't necessarily about me, but I thought it was good reading and nice listening... We're in a world right now where there's so much subject matter, there's so much to talk about, that you're going to find the songs. That's what I do — I look around, what's around me and all my surroundings, and that's my inspiration."

Chip: "In the old days, we did more cocaine than GUNS N' ROSES and AEROSMITH put together. I'm not bragging about it, but... it was about promiscuity and substance abuse. That was first and foremost. Even though the songs were important, we just couldn't go out there and play a tour and be together and focus and [be] straight. This is the first time I've been in a band where we talk about those things. Those were great parties back 20 years ago, everybody getting high and fucking, but nowadays, it's really about leaving an indelible mark with the audience and giving them a great show every single night... You've got to go out there every single night and nail it. You don't get a second chance at a first impression."

On the upcoming "Hair Nation" tour, where ENUFF Z'NUFF will perform alongside JACK RUSSELL'S GREAT WHITE and BULLETBOYS:

Chip: "[Tour promoter] Live Nation came in and said, 'We want to do a tour and bring back the celebration of what used to happen on the Sunset Strip.' I said, 'I'm in,' because I used to do a lot of partying. I did everything. When I first got off the plane, the first thing Atlantic Records said was, 'Don't fuck anybody at the Rainbow [Bar And Grill].' I said, 'Why not?' They said, 'Because they've fucked everybody else.' I certainly don't want to be the last, walking out of there with banana juice on my lip."

Chip: "The next record, I'm writing right now. I'm not playing any games. I'm getting ready to go on a major tour, and I'm already writing the next record. It's all about when you get ideas, put them down, because you don't know when they're going to stop... I want something that's going to trip my trigger. Whether it's a riff or a melody line, I'm coming up with new stuff all [the time]. The new ENUFF Z'NUFF, the next one that's coming out, it kills. I am so excited about it. I've gotten about a half-dozen songs now recorded, and I think it's a juggernaut of a record." 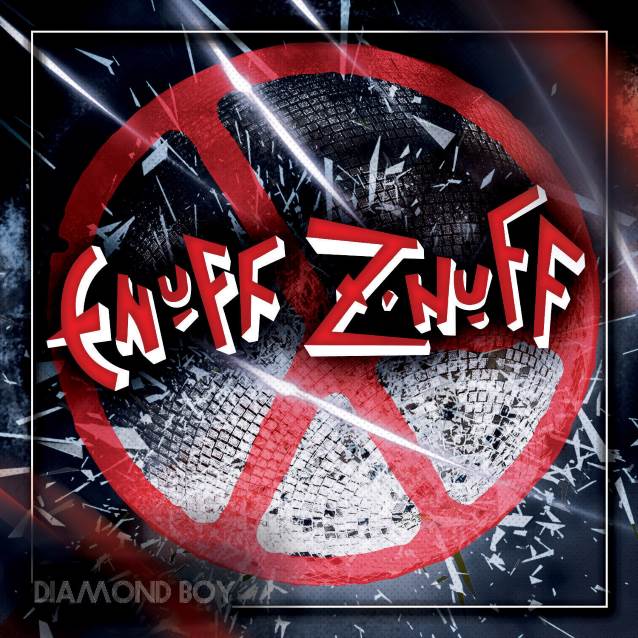