EVANESCENCE and Incendium have announced the second book in EVANESCENCE's "Echoes From The Void" Graphic anthology series, "The Revolution Of Cassandra", now on sale through Incendium's OPUS imprint of music-driven books. Written by film director Eric D. Howell, the second book in EVANESCENCE's fantasy series connects Howell's original story to the story behind EVANESCENCE's hit single "Use My Voice" from their 2021 album "The Bitter Truth". Howell directed the inspiring, pandemic-shot music video, which has gone on to garner millions of views and depicts a nation rallying for change. Now EVANESCENCE singer Amy Lee and Howell have teamed up together to invite readers into the world of "The Revolution Of Cassandra", an action-adventure that speaks to the power of love and truth and standing up for your beliefs.

In "The Revolution Of Cassandra", a liberal, astrology-loving humanitarian is caught in the crossfire of a raging civil war and must save her sister from the firing squad of a brutal dictator. She beseeches help from a gun smuggler, and inadvertently starts her own revolution. Cassandra stands up to be a light in the face of a cynical, unforgiving, and brutal world, pulling everything she believes into question. Racing through minefields, above the jungle canopy, and going head-to-head with an army, Cassandra has the stars and moon on her side — or so she believes. The story is created by Howell, with cover art by Esau Escorza and Sebastian Cheng, and interior art by a rock-star cast of graphic artists. After the second issue of "Echoes From The Void" debuts in time for the holidays, Howell will subsequently be releasing his complete graphic novel in 2022, with more details to follow.

Lee said: "A few years back, my friend and video director Eric Howell sent me a screenplay he was writing called 'The Revolution Of Cassandra'. This time, instead of a film, he wanted to make it into a graphic novel. As I read it, I kept hearing this song I'd been working on, 'Use My Voice', over and over in my head, because it felt like the song and Cassandra lived in the same world. The power of love, and truth, and sisterhood, standing up to the broken machine. Hanging on to the belief that humanity is worth fighting for. Eric later directed the 'Use My Voice' music video, which was truly a feat to accomplish during the height of the pandemic. Now it's our turn to shine the light on to 'The Revolution Of Cassandra', the piece of art that helped fuel and inspire 'Use My Voice'. This book in our 'Echoes From The Void' series will be completely dedicated to both projects, connecting the song and story just as Eric and I feel they were meant to be."

Howell added: "'The Revolution Of Cassandra' is a story about a badass woman standing up for her beliefs in a cynical and hostile world. As one of my early readers, I asked Amy to write the forward for the graphic novel if she connected with it in any way. She had a strong response to the material and immediately sent me the sketch of a song she'd been working on. She really identified with a central idea in the story of ‘being for something, not against everything.' The song and the story had this thematic echo as if we were each grabbing onto the same muse in the same moment — frankly, it was a bit of magic.”

Llexi Leon, CEO of Incendium, said: "'Use My Voice' is such a powerful anthem, and when Amy explained the connection to Eric's novel, I knew we had to showcase it as part of the anthology. 'The Revolution Of Cassandra' is a beautifully executed and compelling saga, I'm delighted to have the opportunity to offer this exclusive prologue in print for the first time."

"Echoes From The Void" is a fantasy graphic anthology series, comprised of 48-page deluxe comic books, each issue featuring story adaptations from the EVANESCENCE music catalog. The short stories are created by an all-star cast of graphic artists, animators, illustrators, fine artists, screenwriters, novelists, and more. Combining Lee's love of visual arts, fantasy illustration, and graphic novels with the narrative power of EVANESCENCE's songwriting, and the unique atmosphere of their music, the series is being developed in close collaboration with Amy as she co-edits the art and stories, overseeing creative direction throughout.

"Echoes From The Void" begins as a five-issue series, presented in a variety of visual styles and mediums. The first issue, inspired by the songs "Better Without You" and "Wasted On You", written by Carrie Lee South and Blake Northcott and illustrated by an incredible team of artists, sold out of its initial run, but a second print variant edition is now available through Incendium's web site, alongside exclusive physical merchandise and digital collectibles inspired by the series.

The first print edition of each issue will be released as a prestige format limited-edition collectible comic book, with cardstock covers, specialty foil treatments, glossy pages, and individual numbering. Each first printing will be limited to 3,000 copies priced at $18.95, and available to order from this location. The second issue is available to order now and ships December 2021.

The cover art from "Echoes From The Void" will also be made available to purchase through a series of archival fine art prints, each an individually numbered 500-piece collection. 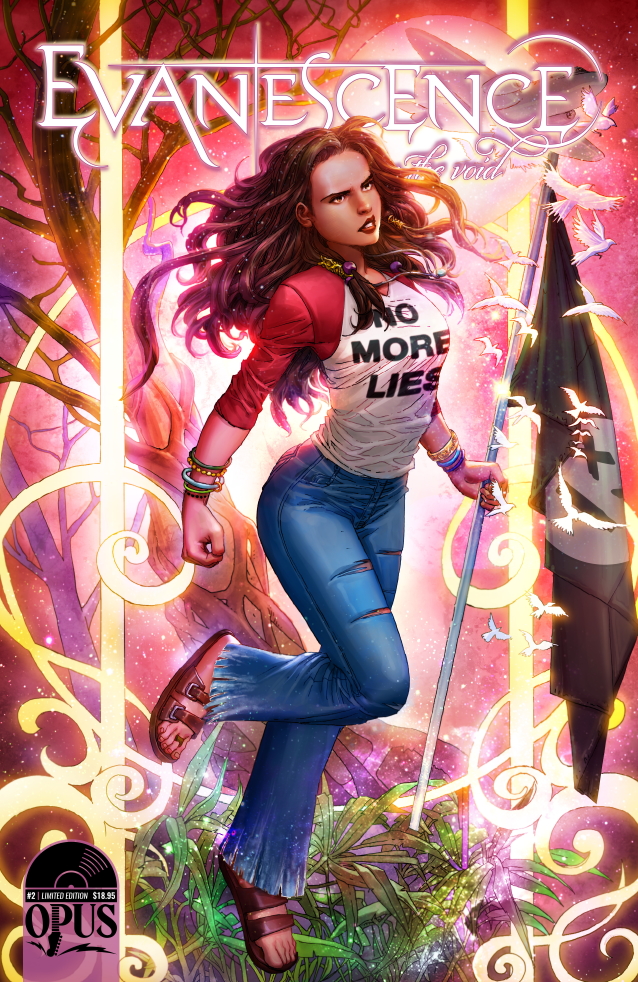 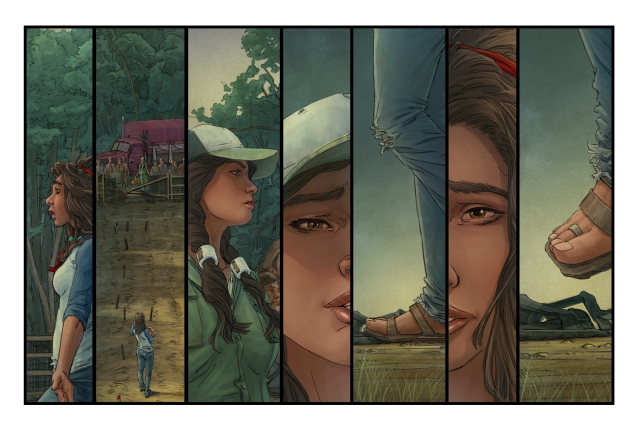 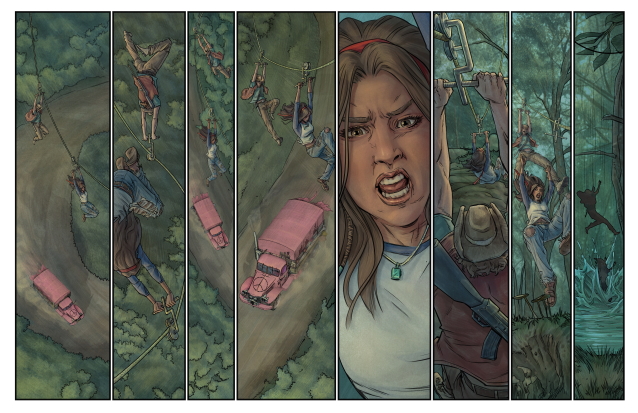 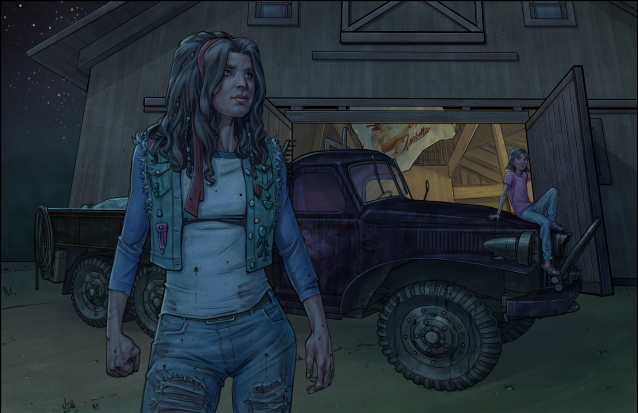