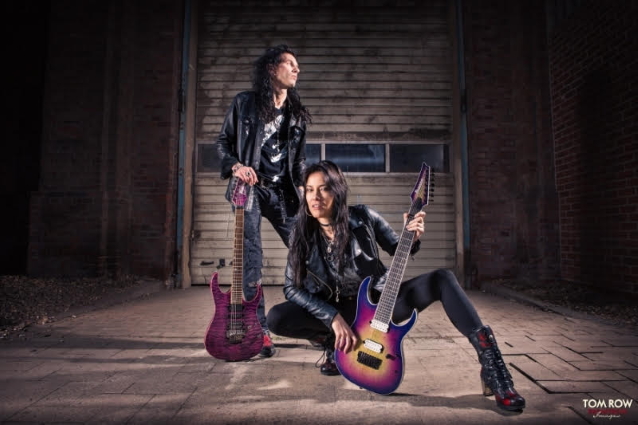 The official music video for "Soul Suffer Payment", the first single from SOMETHING ON 11, the project featuring EVANESCENCE's Jen Majura and fellow guitarist Alen Brentini, can be seen below.

Blending different influences from QUEEN to TESTAMENT, SOMETHING ON 11 manages to create its very own sound, which was captured on the group's self-titled debut album, due on November 13.

SOMETHING ON 11 bills itself as a middle finger to all the mainstream rules, which is reflected in the first single just perfectly. "Soul Suffer Payment" deals with the burden of a regular 9-to-5 worklife by utilizing the bulletproof corset of a shatter-resistant modern rock song, combined with sharp vocals contributed by Majura, and Brentini's punchy guitar riff.

After being formed in spring of 2018, it took SOMETHING ON 11 a fair while to complete the first LP. The album was produced by the duo itself and features eight ass-kicking metal influenced songs that will appeal to fans of modern hard rock and vigorous instrumentals.

Majura, a self-described "half-Asian living in Germany," joined EVANESCENCE in August 2015 as the replacement for Terry Balsamo.

Last year, EVANESCENCE singer Amy Lee said she was happy to have Majura in the band. "She has added a lot to our live shows because she's a singer. It has been a really awesome thing to have live background vocals for the first time. I am such a fan of layered vocals, and to have that better represented at our show has been a cool breakthrough for me. And also, she's just rad energy. She's got a great attitude, fun personality, very engaging, killer onstage, so she has been a fun addition to our family. And of course, it's awesome having another girl in the band for the first time." 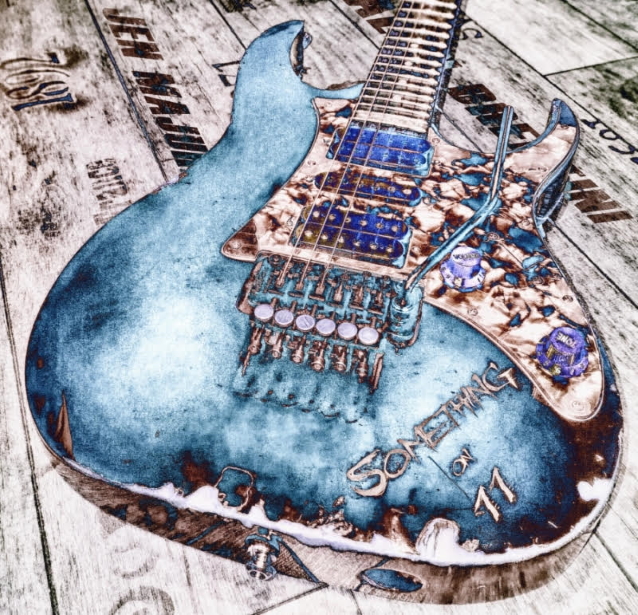