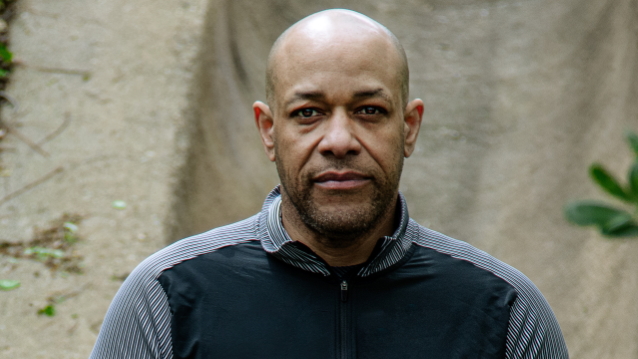 During an appearance on a recent episode of the "Breaking Absolutes With Peter Orullian" podcast, former KILLSWITCH ENGAGE and current LIGHT THE TORCH singer Howard Jones spoke about how he came to record his popular cover version of LYNYRD SKYNYRD's "Simple Man". His performance of the track has been viewed more than 600,000 times on YouTube since it was made available last December.

"I've gotta shoutout my buddy Alex [Aldea] who basically does ['The Oyster'] podcast," Howard said (as transcribed by BLABBERMOUTH.NET). "And he asked me to do it. 'Cause I did some vocal work on there — I do some voiceover stuff — so I did a little bit of that there. And he was, like, 'Hey, can you sing a little bit of 'Simple Man' and I'll fit it into the storyline?' And I [said], "I guess so. Sure.' And he sent me the music. And I was, like, 'What do you want me to do with it?' He was, like, 'Just do what you do.' So I went, 'I don't know what that means, but I'm just gonna start singing some stuff.' And so I just kind of went for it. I worked some ideas out in my head, just where I wanted to go with it, and it worked out."

He continued: "It was fun to do. I didn't know it would be received the way it was. It was just one of these weird opportunities that occasionally come across my path. It's something that interests me, and if I have the time to do it, I do it. That's been the lucky thing — is getting to do the band I do with guys who I consider family; I respect and love those guys. So getting to hang out with them and get to know them in a way that I never expected, and then also getting to do all the side I get to do on the side, it's really cool. I've had some cool opportunities that I never saw coming. So just getting to do voiceover work and then sing a song that I never thought anyone would care to hear me sing… I've had some cool opportunities."

Jones left KILLSWITCH ENGAGE in 2012 and battled manic depression and bipolar disorder before forming a new project, DEVIL YOU KNOW, with guitarist Francesco Artusato (ALL SHALL PERISH) and drummer John Sankey (DEVOLVED). Along with bassist Ryan Wombacher (BLEEDING THROUGH), they recorded and toured behind two well-received albums, 2014's "The Beauty Of Destruction" and 2015's "They Bleed Red". In 2017, the band changed its name to LIGHT THE TORCH following a bitter dispute with Sankey, a part owner of the name.