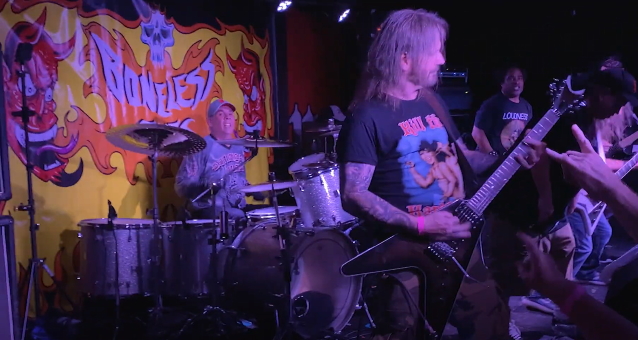 On July 5, Hunting said that he had four rounds of chemotherapy and that "the mass [had] shrunk to less than half the size it was in March… After recovery [from gastrectomy], I get four more treatments, then I can resume my life cancer-free."

He added: "I can't wait to travel the world, playing music, enjoying every moment of this crazy journey!! I'll check in soon again and share how thing's are going. THANKS AND MUCH LOVE TO EVERYONE!!! CHEERS!!!!"

After Hunting went public with his diagnosis, Holt said that EXODUS will "delay" the release of its recently completed new album, "Persona Non Grata", "so that when Tom has defeated this, he will be back to full strength to hit the road and pummel his drums like only he can! When he has kicked cancer's ass like we know he will, we will resume kicking YOUR asses with the sickest record yet!" he said. 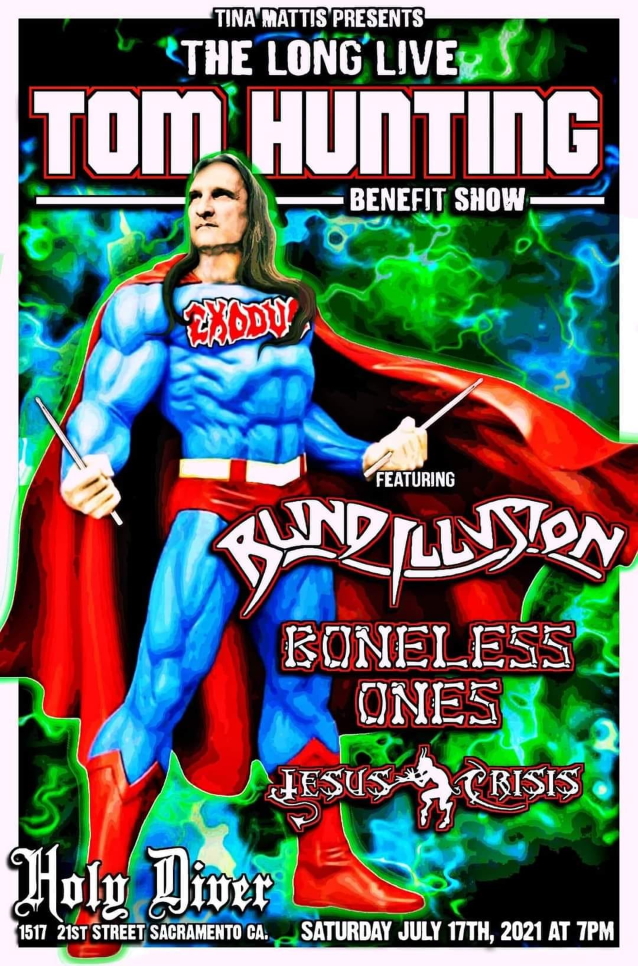