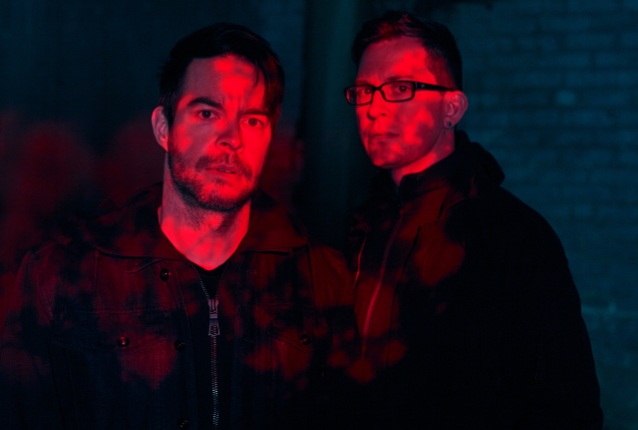 According to the RIAA, one equivalent song unit is equal to a single digital song sale, or 150 on-demand audio and/or video streams.

As a testament to CHEVELLE's sustained success and influence, the band also recently scored other multiple platinum and gold certifications. Their now-classic 2002 album "Wonder What's Next" and breakout single "The Red" both reached double-platinum status, the single "Send The Pain Below" garnered a platinum certification, 2004's "This Type of Thinking (Could Do Us In)" went platinum, and 2007's full-length "Vena Sera" is now gold.

CHEVELLE has transformed rock music as tried-and-true outliers. The multiplatinum Chicago rock band has generated nearly half a billion streams, earned seven No. 1 hits, and sold out shows worldwide. They've landed four Top 10 debuts on the Billboard Top 200, including "Sci-Fi Crimes" (2009), "Hats Off To The Bull" (2011), "La Gárgola" (2014) and "The North Corridor" (2016). The latter two each captured No. 1 on the Top Rock Albums chart.

Earlier in the month, CHEVELLE released its new single, "Self Destructor". The track is taken from CHEVELLE's upcoming follow-up to "The North Corridor", "Niratias", which is due on March 5.

"Niratias" stands out as CHEVELLE's most pummeling and provocative record yet. Teaming with longtime producer Joe Barresi (TOOL, QUEENS OF THE STONE AGE), CHEVELLE recorded throughout 2019 and 2020 and pieced together an intriguing and inimitable body of work, with themes that will reveal themselves soon. The album artwork is by Boris Vallejo, the famed and award-winning artist who was responsible for the posters used for films like "Knightriders" and "National Lampoon's Vacation", as well as iconic '70s and '80s science fiction novel covers and magazines (such as Heavy Metal).

"The North Corridor" debuted at No. 8 on the Billboard 200 album chart and produced a No. 1 Mainstream Rock single, "Joyride (Omen)".

In September 2019, CHEVELLE bassist Dean Bernardini announced that he would "take a break from the road" after completing that year's shows with his bandmates. He added that he would "continue to work" in music in some form or another while also putting time into his art and furniture business at home.

Bernardini had been with CHEVELLE since 2005, even though 2007's "Vena Sera" marked his first studio recording with the band.