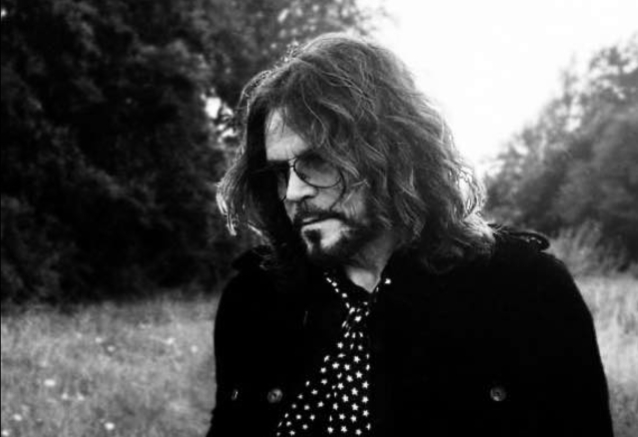 Former TNT singer Tony Harnell has released his cover version of the JUDAS PRIEST classic "Before The Dawn". The official lyric video for the track is available below.

In a message accompanying the YouTube release of the song, Harnell wrote: "There's really no way to put into words the impact that @robhalfordlegacy and @judaspriest had on me and my decision to make music my life, but I'll try.

"It all started when my junior high school buddy Ed Gotti gave me my first PRIEST album 'Stained Class' in 1978 when I was just 15 years old. It blew my head apart. I listened to it every day, several times a day, it was my sonic bible that year. Of course I immediately went to the record shop and found 'Sin After Sin', 'Sad Wings' and 'Rocka Rolla'. I fell pretty hard for 'Sad Wings' as well. And I was the first in line to buy 'Hell Bent For Leather' when it came out later that same year and for me, it was the THE most bad ass album I'd ever heard or seen! That cover! I literally played the 8 track to death in my first car when I was just 16.

"What always struck me about Rob was his versatility. All the colors and textures in his voice, the use of various tones from beautiful to brutal and his ability to convey so many emotions in one single phrase. And of course his superhuman range and pure voiced stratospheric notes.

"I surfed nearly every morning and listened to these albums to and from the beach singing full blast and honing my craft, but I didn't know this at the time. I was literally training my voice without even thinking that's what I was doing. I was just in a musical trance. Next to surfing it was all I cared about and all I thought about and JUDAS PRIEST was driving my obsession.

"On the midst of all this heavy music there was this beautiful song 'Before The Dawn'. I just loved singing along to it so much. I performed it in my storyteller set on tour in Norway in September 2019 and it went over so well I figured at some point I'd record it. So here it is. With absolutely beautiful guitars from my brother @haape and a wonderful mix by my friend @rwikmark".

Last month, Harnell, who has been in and out of TNT several times throughout the group's four-decade existence, told That Metal Interview that there is a chance he will make another studio album with TNT at some point in the future. "I think there is hope for that," he said. "And Ronni [Le Tekrø, guitar] and I have always also wanted to do music together outside of that, so I think both things are possible. It just depends on… Right now, we're trying to make some early, very tentative plans, but it's very hard with COVID going on at the moment."

Harnell's most recent split with TNT took place in October 2017, less than a year and a half after he rejoined the group. He later described his relationship with TNT in an "Unphiltered" interview as "a very long marriage. I'm here [in New York], they're there [in Norway] — they're across the pond really far away. It's a very difficult situation to be in without having a very unified business organization, and no matter what I did, I could not get the thing unified. We were just on two totally separate not only continents physically, but mentally, psychologically, we were on two different continents as well."