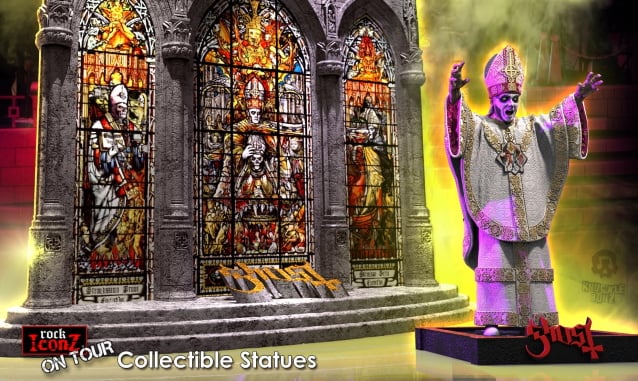 KnuckleBonz, creator of the Rock Iconz music collectible series, has announced the production of a new range of GHOST figures, available for pre-order now at this location.

Each of the new GHOST figures — Papa Nihil and two of the band's Nameless Ghoul guitarists — is incredibly detailed and highly exclusive. Each one is hand-painted, numbered and comes with a certificate of authenticity on the base.

This is a limited-edition collectible; only 3,000 of each statue will be made by hand and sold worldwide. The figures are currently in production and slated to ship in the fall 2020.

KnuckleBonz has been creating high-end statues since 2003 and continues to be dedicated to honoring music's greatest performers through master artistry in the limited-edition statue series called Rock Iconz. The company's goal is to capture a "live performance" moment in each limited edition.

Each statue sells for $149 and ships worldwide.

GHOST mastermind Tobias Forge performed as a "new" Papa Emeritus on each of the band's first three LPs, with each version of Papa replacing the one that came before it. Papa Emeritus III was retired in favor of Cardinal Copia before the release of 2018's "Prequelle" album.

Last October, Forge confirmed to U.K.'s Kerrang! magazine that there would be a new character fronting GHOST by the time the group's next LP sees the light of day.

Back in September, Tobias told Illinois's Herald-Whig that GHOST will do "absolutely zero" touring in 2020 as he turns his attention to the band's next studio album. A couple of months later, he revealed to Finland's Kaaos TV that he would record one new song in January before getting to work on GHOST's fifth album.

[MESSAGE FROM THE CLERGY]

[MESSAGE FROM THE CLERGY]

We wish to inform you Knucklebonz has created Ghost Papa Nihil, Nameless Ghoul Black Guitar & Nameless Ghoul White Guitar Rock Iconz™ Ltd. Edition Statues along with Ghost ON TOUR Stage Set Collectible.
These limited editions are all available for pre-order NOW: Knucklebonz.com
Highly exclusive each one is hand-painted, numbered and comes with a certificate of authenticity on the base of the statue 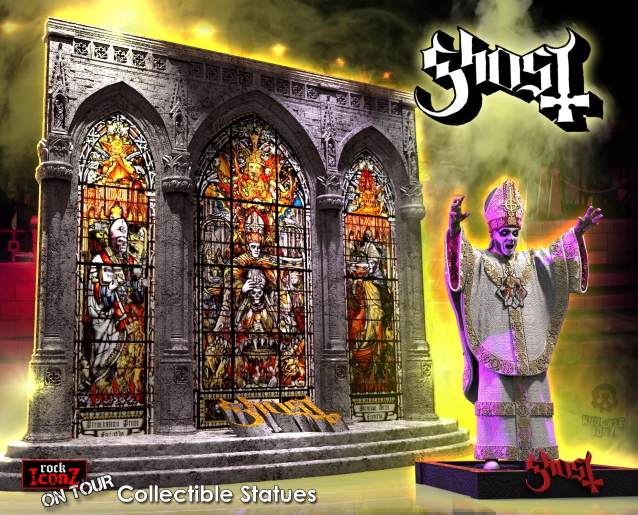 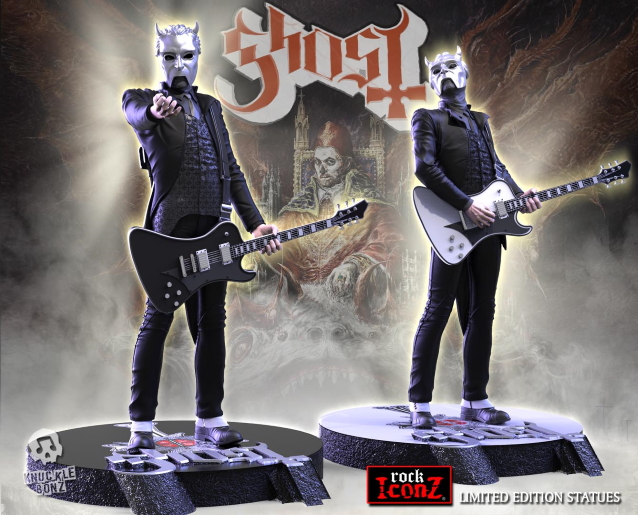