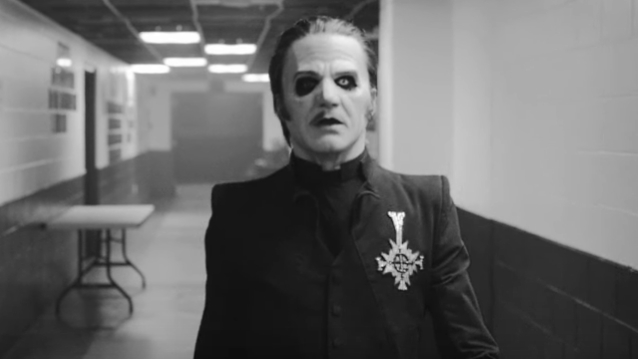 Swedish metallers GHOST have released a new music video for the song "Life Eternal". The black-and-white clip, which can be seen below, features footage filmed at the final show of the band's "Prequelle" tour, which concluded exactly a year ago — on March 3, 2020 — at Palacio de los Deportes in Mexico City, Mexico.

In March 2020, at the aforementioned GHOST concert in Mexico City, the band introduced the new character who will front the act for its next LP phase: Papa Emeritus IV.