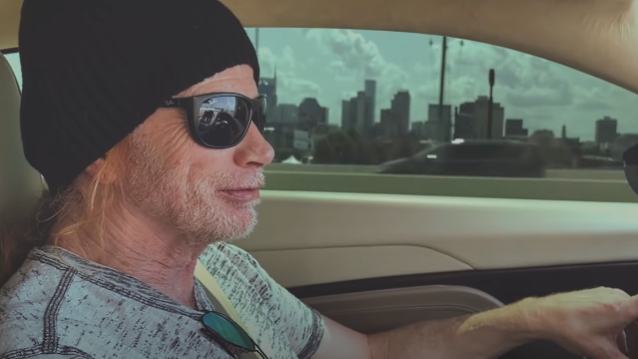 MEGADETH guitarist Kiko Loureiro has uploaded a 12-minute behind-the-scenes video look at the rehearsals for the band's recently launched "The Metal Tour Of The Year".

Kiko wrote in a message accompanying the YouTube release of the clip: "This time I'm here in Nashville with the band. We are preparing for the tour by rehearsing with the whole team. Come with me and I'll show you my equipment and the team we work with."

MEGADETH played its first show with bassist James LoMenzo in nearly 12 years on August 20 in Austin, Texas at the opening concert of "The Metal Tour Of The Year". Produced by Live Nation, the rescheduled trek will wrap in Quebec City, Quebec, Canada on Saturday, October 2.

MEGADETH leader Dave Mustaine has yet to reveal who played bass on the band's new album after Ellefson's tracks were removed from the LP following his dismissal from the group in late May.