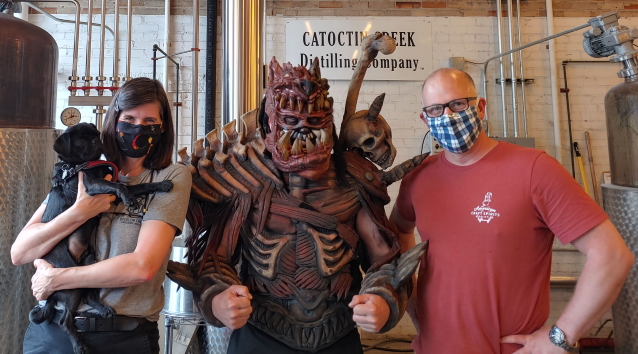 Eons ago, the members of the intergalactic shock rock band known as GWAR descended on this world as passengers on a flaming comet that would bring about the destruction of most life on Earth. The asteroid plowed into the continent of Antarctica with devastating force, melting the ice, setting much of the world ablaze, and leaving a massive crater filled with the purest Antarctic water and a strangely intoxicating ichor that flowed from the veins of the immortal GWAR. Legend recorded these events as the tale of Ragnarök, the end of days. But like all endings, it was also a beginning. Now, this blood of the gods, harvested from the great caldera, has been distilled and bottled by Catoctin Creek Distilling Company as Ragnarök Rye.

The mad scientists at Catoctin Creek conducted experiments on aging the blood of GWAR in barrels made from the different types of wood scorched by the comet's blast. They used the rarest of grains and watered their mash bill with the melted Antarctic ice to create a single 92 proof rye whisky, potstilled and then aged in charred new White Oak. Members of GWAR then hurl the whisky barrels into the orbit of the Moon, causing contraction to take place as the barrels spin under the influence of the deathly coldness of space and the life-giving heat of the sun. The end result is Ragnarök Rye, an exquisite beverage graced with notes of cherrywood and sugar maple to produce subtle flavors unheard of in a traditional rye whisky. Truly, there is nothing else in the vast universe like the rock band GWAR, and in tribute to the band's originality as the most elaborate, and transgressive theatrical production in heavy metal history, the distillers at Catoctin Creek have made sure there is nothing else like Ragnarök Rye.

"Ahh, such a powerful spirit. A delicious sacrament to drink in preparation for battle, and it'll get you really, really crazy," says GWAR's The Berserker Blothar.

"We were quite surprised when GWAR showed up at our distillery," said the exasperated founder and general manager Scott Harris. "Purcellville is a quiet town, so to have these intergalactic visitors was—honestly — a little stressful. We had to constantly keep an eye on them to keep them from breaking stuff, and they even tried to eat our dog, Otto. The only way we could get them to leave was to agree to bottle their whisky for them."

Catoctin Creek Distilling Company, The Virginia Rye Whisky, was founded by Scott and Becky Harris in 2009. Inspired by the history and craft of Virginia, Catoctin Creek made a name for itself as the first legal distillery since Prohibition in Purcellville, Virginia's Loudoun County. The craft distillery is home to Virginia's most-awarded whisky, Roundstone Rye, which has been presented gold medals across the globe and stands out through its old-world production methods. Catoctin Creek prides itself on sourcing rye whisky, gin, and seasonal brandy from local grains and fruits, with spirits available in 27 states and three continents. The Harrises' intricate attention to detail results in high-quality internationally acclaimed products, including seasonal releases and private cask offerings, that recognize the true craft of Virginia spirits.

Brockie was last remaining original member of GWAR, which was founded 36 years ago. He was 50 years old. 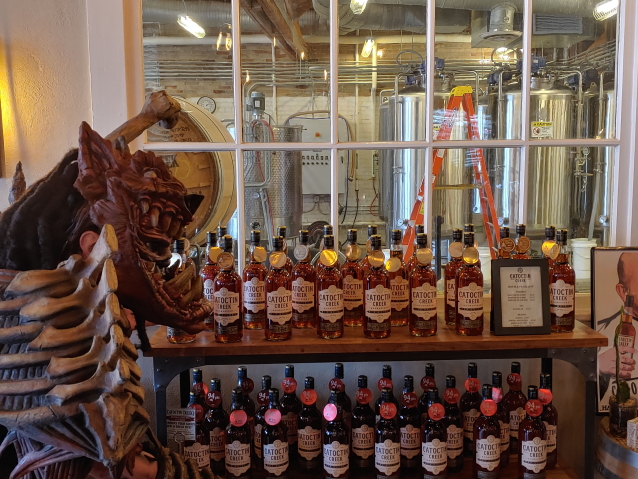