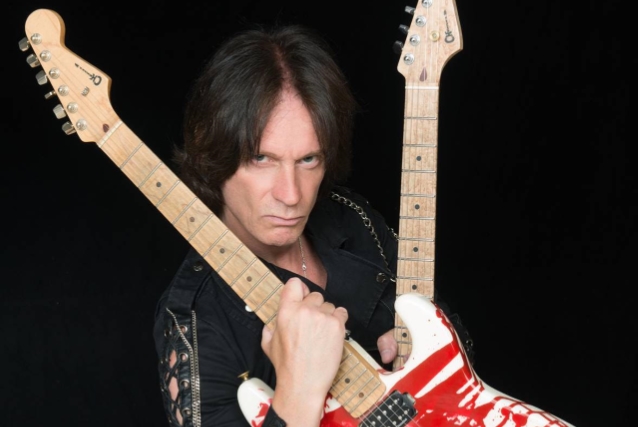 IMPELLITTERI's music video for the song "Phantom Of The Opera" can be seen below. The track is taken from IMPELLITTERI's latest album, "The Nature Of The Beast", which was released in October via Frontiers Music Srl.

Chris Impellitteri told Guitar World: "'The Phantom of the Opera' is a song I have wanted to remake since I was a kid. Yes, I realize that other bands like NIGHTWISH have also covered it, as well as IRON MAIDEN having a song with the same title, and I respect both artists immensely, but our version of Andrew Lloyd Webber's masterpiece is very much IMPELLITTERI."

"When we created our musical arrangement for this song, our collective band vision was to basically take the phantom on a wild musical ride through Hell! We wanted to turn the song into a speed/power metal type song. I will say our version can seem fairly challenging to play as a guitarist due to the various complex scale sequences, modes and speed at which we are playing. At the same time, the lead vocals are quite brutal on our singer, Rob Rock, as he had to sing both the male tenor part as well as the female vocal part, which resides in the alto and soprano ranges.

"I am very pleased with the outcome of this song, especially my solos and tone. I used my Charvel custom shop Stratocaster and various vintage modified Marshall amps, pedals, and speaker cabs, while bassist James Pulli got a great growly bass tone with his Spector bass and vintage Ampeg SVT rigs."

30 years into their musical career, IMPELLITTERI have created a mind-blowing, highly energetic and thrilling new musical adventure with "The Nature Of The Beast". The band is on fire with their musical acrobatics, addictive riffs, shredding guitar solos, speed metal drumming, and screaming power metal vocals that are all ingredients in these killer songs!

Like many of their talented peers, IMPELLITTERI continue to carry the torch for guitar driven heavy metal. On "The Nature Of The Beast", the band shines throughout, especially on songs like the power metal driven "Run For Your Life", the highly energetic remake of BLACK SABBATH's "Symptom Of The Universe", the lunacy of "Gates Of Hell", the addictive riff of "Hypocrisy", and the speed metal cover of "Phantom Of The Opera".

"The new music was written with passion and a sincere love for heavy metal," states Chris Impellitteri. "I think as a band we grow stronger with each new album. Our artistic abilities seem to get better with age, but at the same time we seem to sound even more energetic, crazy, and youthful with this release. You could say the music on this newest musical child is an extension of our previous record, 'Venom'. I love the 'Venom' record, but I am currently obsessed by 'The Nature Of The Beast'. We are thrilled to share this new music with our FANS and friends around the world and I really hope they like it!"

"As a guitarist, I challenge myself to conquer my human limitations," continues Chris. "I practice for hours each day to improve my technique. I also spend a lot of time customizing my guitars, amps, and pedals to achieve this crazy guitar sound. On this new record my guitar sound is really me trying to create a tone that sounds a bit like a chainsaw blended with a beautiful Stradivarius violin. It is Beauty and the Beast with lots of pick attack! The guitar solos have lots of technical shredding elements, but at the same time they are very melodic and I think fun for everyone to listen too. The riffs are also exciting for me to play as there is a lot of obvious influences that I brought to this new record."

"The Nature Of The Beast" track listing: 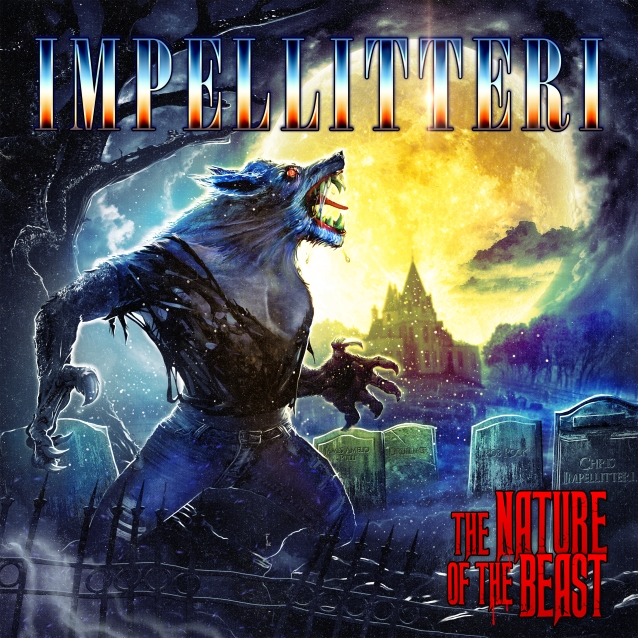