A Kiesel JB24 Jason Becker tribute guitar signed by a number of guitar legends has sold for $26,111.

Each guitarist chose to sign this guitar out of love and respect for Jason and to show their support. There is literally no other guitar on planet Earth like this one.

The affectionately named "Triumphant Friends" guitar comes from Becker's personal collection. Hand-crafted by world-renowned Kiesel Custom Guitars in Escondido California, this JB24 "Numbers" Signature Model has been painstakingly decked out with Jason's multi-colored numbers inlays, multi-colored Seymour Duncan pickups, and other premium features — all spec'd out exactly the way Jason wanted it. Kiesel has also provided a professional clear coat to protect the amazing group of signatures found on the body.

"Triumphant Friends" comes with a certification of authenticity, a ridiculous collection of picks from most of the signees, a high-quality framed photo collage documenting most of the artists signing the guitar, a killer custom case, and most amazing of all… proceeds of this sale go directly to the Jason Becker Special Needs Trust.

For more information, go to this location.

Becker's story is one of brilliance, talent, determination, adversity, and, ultimately, triumph. A child prodigy on guitar, Jason rose to prominence as a teenager when he was one half of the technical guitar duo CACOPHONY, with his great friend Marty Friedman. In 1989, at only 19 years old and after wowing audiences all over the world, the young virtuoso became the guitarist for David Lee Roth, following in the huge footsteps of Eddie Van Halen and Steve Vai. He wrote and recorded on Roth's third solo album, "A Little Ain't Enough", and was poised for superstardom when a nagging pain in his leg was diagnosed as Motor Neurone Disease (MND), also known as Amyotrophic Lateral Sclerosis (ALS), or Lou Gehrig's Disease, the same condition Stephen Hawking lived with for over five decades. It is a fatal condition with a life expectancy of maybe five years. Maybe.

That was 30 years ago. He lost the ability to play guitar, walk, talk, and breathe on his own. But never lost his will to live or his desire to create music. Communicating through a series of eye movements with a system developed by his father, Jason spells out words as well as musical notes and chords. He imparts his musical vision to his team who then can input the notes into a computer, edit the parts to his exacting standards, and then generate charts for session musicians. His inspiring music and life story have been the subject of countless news articles and magazine cover stories. 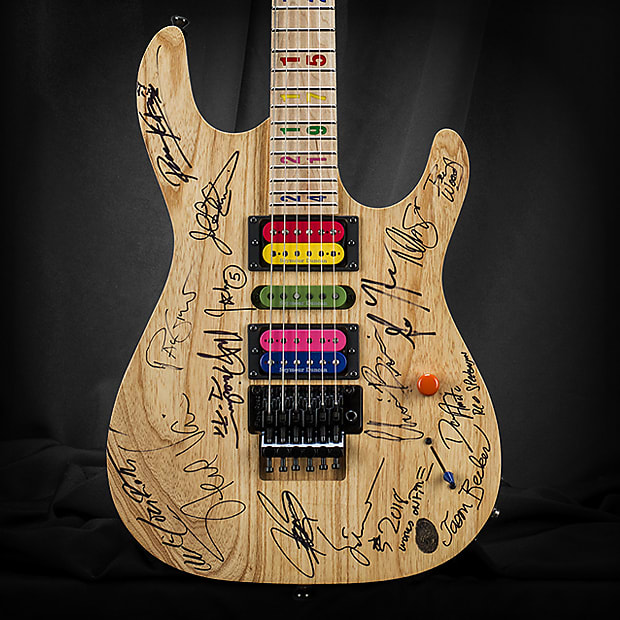