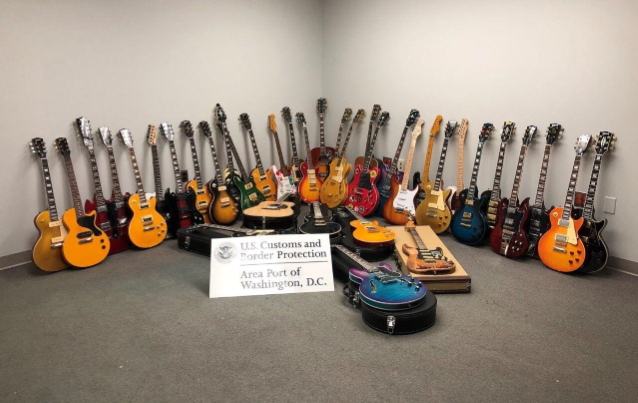 U.S. Customs And Border Protection officers at Washington Dulles International Airport seized 36 counterfeit guitars recently that if authentic, would have had a manufacturer's suggested retail price of $158,692.

The guitars arrived in 36 different shipments from China on December 15. Officers suspected the guitars to be counterfeit and detained them to continue their investigation. The collection consisted of 27 Gibson, six Fender, two CF Martin and one Paul Reed Smith guitars.

Many of the Gibsons were of the Les Paul line of custom guitars. Even Jimmy Page's Gibson double neck made the collection, as did an axe purportedly autographed by GUNS N' ROSES guitarist Slash. The most expensive was a Gibson Ace Frehley guitar valued at an MSRP of $9,000. The collection of counterfeit guitars included two acoustic models as well.

The guitars were destined to address in 21 states and to Australia.

CBP import specialists worked with the trademark holders and confirmed the guitars to be counterfeit. CBPO officers completed the seizure on January 20.

"Transnational criminal organizations will counterfeit anything that generates illicit revenues, and unscrupulous vendors line their pockets by preying on unsuspecting consumers," said Keith Fleming, CBP's acting director of field operations in Baltimore. "Protecting intellectual property rights is a Customs And Border Protection trade enforcement priority, and CBP officers will continue to seize counterfeit and potentially unsafe consumer goods when we encounter them."

CBP officers have not encountered any additional guitars since these 36 arrived.

CBP protects businesses and consumers every day through an aggressive Intellectual Property Rights (IPR) enforcement program. Importation of counterfeit merchandise can cause significant revenue loss, damage the U.S. economy, and threaten the health and safety of the American people.

On a typical day in 2019, CBP officers seized $4.3 million worth of products with Intellectual Property Rights violations.

CBP officers and Homeland Security Investigation (HSI) agents seized 27,599 shipments containing counterfeit goods in Fiscal Year (FY) 2019, down from 33,810 seizures in FY 2018. However, the total estimated manufacturer's suggested retail price (MSRP) of the seized goods, had they been genuine, increased to over $1.5 billion from nearly $1.4 billion in FY 2018.

E-commerce sales have contributed to large volumes of low-value packages imported into the United States. In FY 2019, there were 144 million express shipments and 463 million international mail shipments. Over 90 percent of all intellectual property seizures occur in the international mail and express environments 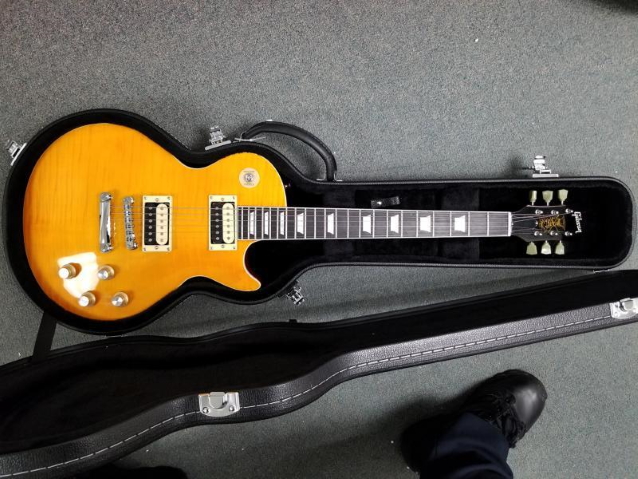 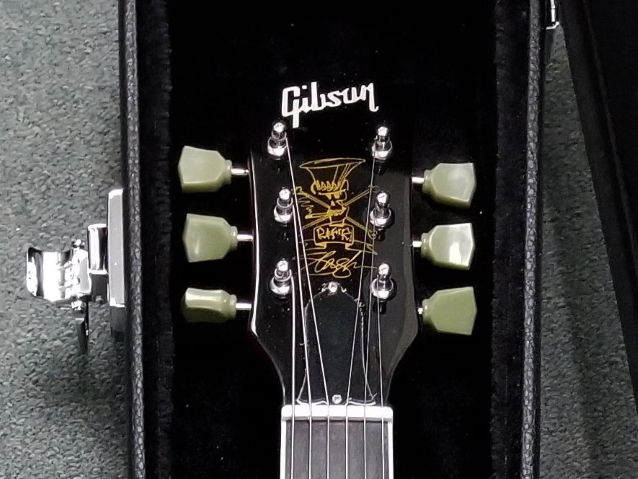 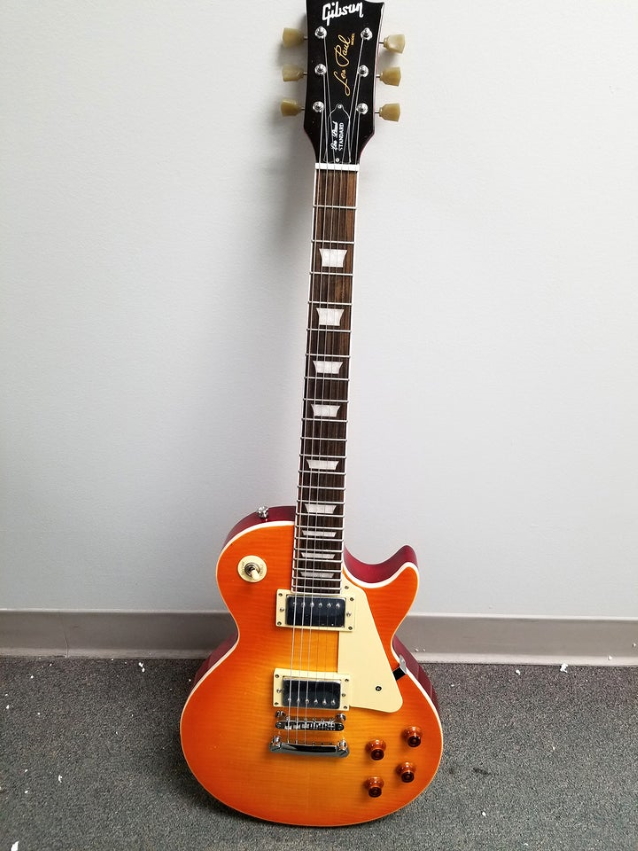 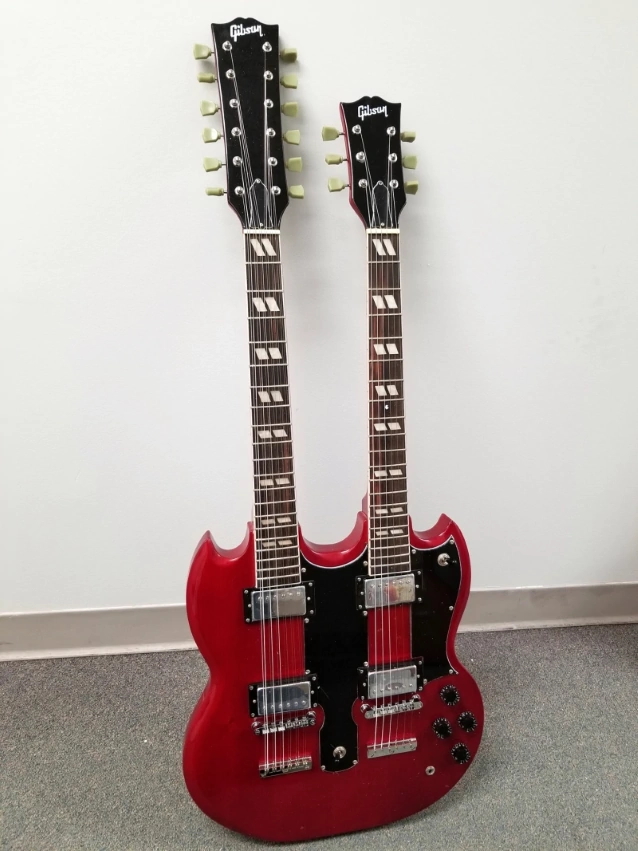