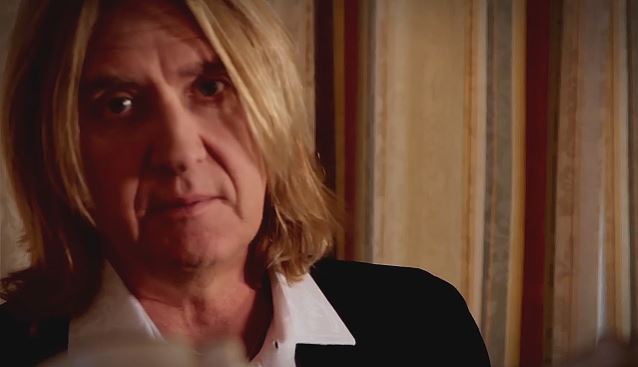 This summer, DEF LEPPARD will take a break from working on its next album to hit the road with STYX and TESLA. So can fans expect the band to debut any new music on the trek?

"No. Absolutely not," DEF LEPPARD singer Joe Elliott told Dave Basner of VH1 Radio Network. "So we can have cheap, horrible versions on YouTube done on iPhones? No. No way."

He continued: "We come from a certain generation where it's, like, we like the idea of the impact. We want people to hear it for the first time when it's ready and when it's right, not some crap version off somebody's iPhone where they get to hear the melody and the stuff but it's like, it's just rubbish. And then they go, 'Oh, I preferred that version to the one on the record.' It's, like, 'Really?' No, we won't be doing that."

Fans also shouldn't expect the three bands to share the stage at any point during their shows together. Asked if he had any desire for a joint performance with STYX and TESLA, Elliott told VH1 Radio Network: "No, absolutely none whatsoever. That kind of thing doesn't make me feel comfortable. If one of us gets up and jams with them or something silly… I mean, I think the last time we toured with STYX, me and [DEF LEPPARD guitarist] Phil [Collen] got up and sang 'Blue Collar Man' at the request of [STYX singer] Tommy Shaw, something like that, but generally speaking, I remember somebody telling me that they did this thing where they'd get together for the encore and I was thinking, 'Wow, you do your set and you have to hang around for 90 minutes to get up and sing three more songs but everybody else wants to get on the bus and roll to the next town, you know.' It's gonna be too tight a show for any of that stuff."

The 48-date trek kicks off on June 23 at Tampa, Florida's MidFlorida Credit Union Amphitheatre and winds down 15 weeks later on October 4 in Bismarck, North Dakota at the Bismarck Civic Center.

Elliott told The Pulse Of Radio that having been out on the road with both bands, there's no doubt that fans are getting a winning combination. "We've toured with both of these bands before," he said. "STYX we toured with, I think, about six years ago. Great bunch of guys. And we had TESLA on board when we did the 'Hysteria' tour back in '87; they were out there for at least six or seven months with us before they went off to do their own thing."

He continued: "[We've] always been keen on taking a band out that people know, it's just always worked for us. It's done us the world of good to go out with a name on the poster that doesn't just say: 'plus special guests.'" 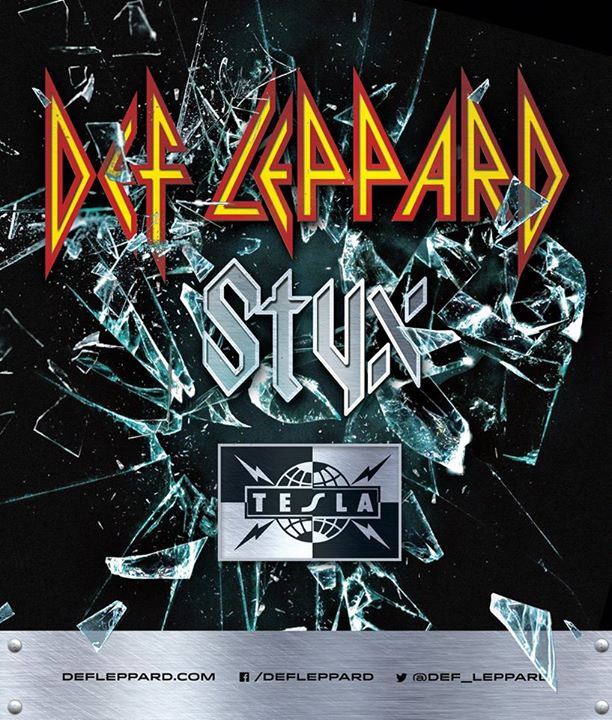