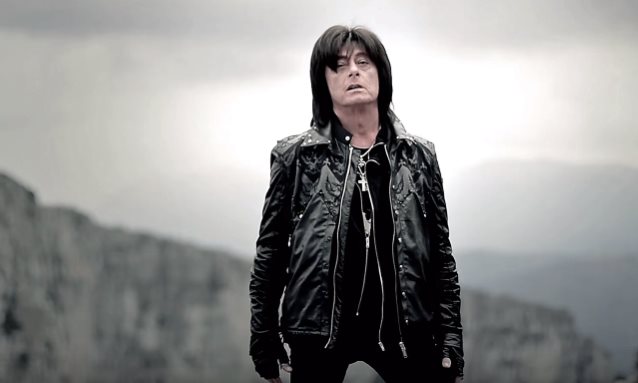 Legendary hard rock vocalist Joe Lynn Turner's SUNSTORM project will release its fifth album, "The Road To Hell", on June 8 via Frontiers Music Srl. The first single from the effort, "Only The Good Will Survive", can be streamed below.

Any hardcore fan of hard rock will certainly be no stranger to the story of Joe Lynn Turner's career. From his early days with FANDANGO to his successful stints fronting RAINBOW, DEEP PURPLE and Yngwie Malmsteen and through his heralded solo career, the New Jersey-born singer has had his vocal talents on display for decades now.

Turner says: "The key to a great song is in the writing, performance, melody and lyrics. Anyone who loves melodic hard rock will not be disappointed with the first song! Personally, I love the positive message that it conveys to the listener... and the chorus is extremely memorable... The music is tight and compelling and played brilliantly. Turn it up loud and enjoy a great kick off to a rocking summer!"

Years ago, Turner got in touch with Frontiers president Serafino Perugino and after discussions between the two, the idea of unearthing some classic melodic rock gems to craft the definitive Joe Lynn Turner AOR album came about. This brought about the release of the first SUNSTORM album in 2006, and then came "House of Dreams" in 2009, "Emotional Fire" in 2012, and the definitively more hard-rocking "Edge Of Tomorrow" in 2016.

The new album, "Road To Hell", once again featuring production from HARDLINE's Alessandro Del Vecchio and guitars by DGM's Simone Mularoni, continues in the same hard rock direction that was started on "Edge Of Tomorrow" and that JLT's vocal talents shine so brightly in when performing this style.

"The Road To Hell" track listing:

As previously reported, Turner was hospitalized last Friday in Belarus "with a heart issue." The singer's hospitalization was first reported by the Russian state news agency RIA Novosti, which quoted the press service of the Ministry of Health of Belarus as saying that his condition was "stable" after he was treated at a Minsk facility for "myocardial infarction," commonly known as a heart attack. Turner's presence at the hospital was also reported by Belarus's most influential daily newspaper, the state-owned SB Belarus Segodnya.

Frontiers said in a statement: "[The] press release [announcing the new SUNSTORM album] and the release of this song were scheduled well ahead of this weekend’s news that Joe Lynn Turner was hospitalized. We at Frontiers, who have worked with Joe for years, wish to extend our sincere and heartfelt wishes that Joe has a speedy recovery and is back to commanding the stage soon, as he has done for decades. Get well soon, JLT!"