This A4 224-page hardback coffee table book by esteemed author Martin Popoff is crammed full of memorabilia including backstage passes, gig posters, media adverts and much more. It is a grinding celebration of the metal gods JUDAS PRIEST in all their sumptuous glory and written by Popoff with his usual style.

"Judas Priest: A Visual Biography" is stuffed with the entire fifty-plus-year history in meticulous timeline order — a rock‐hard reference book, with the facts presented mostly soberly and efficiently. This book contains all manner of facts that also rtakes a detailed look at offshoot bands and side projects throughout the visually stunning pages. It is a glorious pictorial celebration of the band's full career in one mighty tome, crammed full of stunning visuals including many previously unpublished photos.

Pre-order your copy at this location.

Bassist Ian Hill is the sole remaining original member of PRIEST, which formed in 1969. Singer Rob Halford joined the group in 1973 and guitarist Glenn Tipton signed on in 1974. Rob left PRIEST in the early 1990s to form his own band, then came back to PRIEST in 2003. Founding guitarist K.K. Downing parted ways with the band in 2011, and was replaced by Richie Faulkner.

PRIEST and Rufus Publications recently published the first-ever official book documenting the band's extensive history over the last 50 years. Titled "Judas Priest - 50 Heavy Metal Years", the book has been put together by David Silver, Ross Halfin and Jayne Andrews. This huge, 648-page coffee table book chronicles the history of the world’s foremost heavy metal band using hundreds of previously unseen, unpublished photographs from rock's greatest photographers including Halfin, Neil Zlozower, Mark Weiss, Fin Costello, Oliver Halfin and many more. With a linking text by renowned journalist Mark Blake, the book explores the bands exciting history on stage and off in a unique photo documentary designed to excite fans and devotees of true heavy metal the world over. Current bandmembers have all contributed to the book, with written pieces detailing their love and passion for the band, making this an extraordinary artefact for their legions of followers. The book features an exclusive cover by Mark Wilkinson, who has worked with the band for many years now. 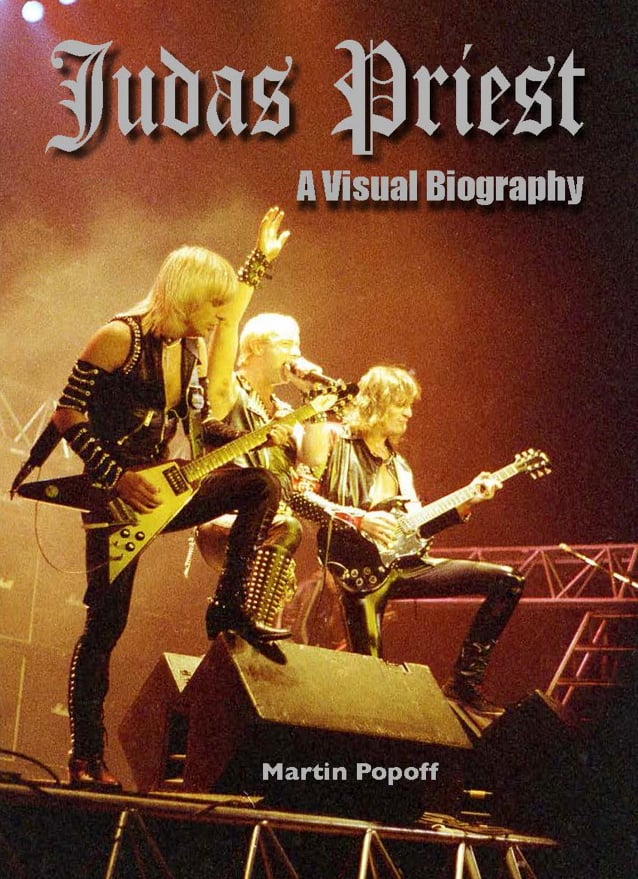