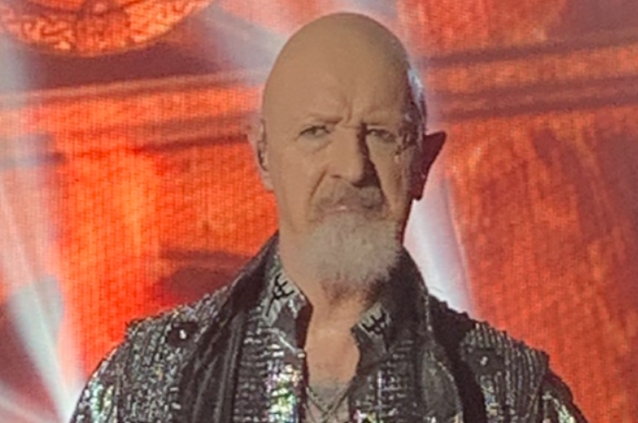 British heavy metal legends JUDAS PRIEST kicked off their North American tour with URIAH HEEP Friday night (May 3) at Hard Rock Event Center in Hollywood, Florida. In front of a rapturous crowd, the band interwove brand new songs with classics and rarities never before performed for a live audience.

Guitarist Glenn Tipton, who is not touring with PRIEST due to his battle with Parkinson's disease, rejoined his bandmates for the two-song encore, consisting of "Breaking The Law" and "Living After Midnight".

PRIEST's setlist was as follows:

Bassist Ian Hill is the sole remaining original member of PRIEST, which formed in 1969. Halford joined the group in 1973 and Tipton signed on in 1974. Rob left PRIEST in the early 1990s to form his own band, then came back to PRIEST in 2003. 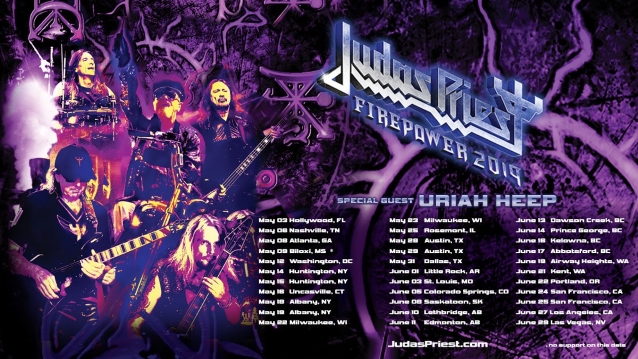