November 8, 2021 marked the 50th anniversary of the release of one of rock and roll's most treasured and popular albums: "Led Zeppelin IV". The band and Swan Song/Atlantic Records commemorated this occasion by commissioning Neer Perfect Productions to produce the radio special "Led Zeppelin IV At 50: All Access". Hosted by Dan Neer, this special — spread over three segments — features interviews with Jimmy Page, Robert Plant and John Paul Jones, and features hits like "Stairway To Heaven", "Black Dog" and "Rock And Roll". You can now listen to it below.

"Led Zeppelin IV" remains one of the most creatively influential and commercially successful albums in the history of music. As an artistic statement, the record struck a chord that continues to resonate globally among music fans while inspiring generations of musicians.

Commercially, "Led Zeppelin IV" is a juggernaut, selling more than 37 million copies worldwide. In the U.S., the album was recently certified 24 times platinum by the RIAA, ranking as the fifth best-selling album of all time as well as the best-selling album by a British artist (tied with "The Beatles" a.k.a. The White Album). Outside America, the album is certified diamond in Canada (x2); multi-platinum in Australia (9x), the U.K. (6x), and France (2x); platinum in Argentina, Brazil, Italy, Norway, Poland, and Spain; and gold in Germany (3x).

"Led Zeppelin IV" also topped the album charts in the U.K., Canada, and the Netherlands, and peaked at No. 2 in Australia, Denmark, France, Sweden, as well as the U.S., where it remains the best-selling album of the band's catalog.

Before the success and accolades of 1971, the band first spent the fall and winter of 1970 writing and recording "Led Zeppelin IV", with early recording sessions beginning in London at Island Studios in December 1970. A month later, the band moved to Headley Grange, a country house in Hampshire, England. They converted the house into a recording studio and used THE ROLLING STONES' mobile studio to record most of the album's basic tracks with engineer Andy Johns, who also engineered some of "Led Zeppelin II" and "III".

Jimmy Page, who also produced the album, says: "After the brief stay that Robert [Plant] and I had at Bron-Yr-Aur cottage [while working on 'Led Zeppelin III'], I could see a situation where we all resided at Headley Grange and had a recording truck. I was keen on this whole idea of using it as a workplace so you could concentrate totally on the effort of making the music, while residing at the location."

"It was all a bit experimental," John Paul Jones says. "But it was the first time we'd actually stayed together. Before, we were recording in studios…and it was always hotel, studio, hotel, studio. We'd never been in one place and had recording facilities there. So that was really a new way of working for us, and I think it was a really good way. We just had this huge old room with a big fireplace with all the equipment set up. And you could just wander down and start stuff up if nobody was there, or if somebody else would turn up, there would be a bit of jam. There was music making in some way all the time, which, as you can see by the result, worked out pretty well."

This unconventional (for the time) approach gave the group more freedom to capture spontaneous performances and moments of inspiration. Of the writing of "Stairway To Heaven", Plant recalls: "I was sitting next to Jimmy in front of the fire at Headley Grange. He'd written this chord sequence and was playing it to me. I was holding a pencil and paper and suddenly my hand is writing the words 'There's a lady who's sure all that glitters is gold...' I sat there, looked at the words and almost leaped out from my seat. Looking back, I suppose I sat down at the right moment."

The band also found ways to use the acoustics of Headley Grange to their advantage. Most famously, drummer John Bonham was recorded playing "When The Levee Breaks" in the formal entrance hall of the house using microphones hanging nearby in a flight of stairs. Today, it is one of the most-famous drum sounds in the world and has been sampled countless times by artists across multiple genres including Beyoncé, BEASTIE BOYS, MASSIVE ATTACK, J. Cole, Björk and Eminem.

When the basic tracks for the album were finished, the band returned to London to record "Stairway To Heaven" and added overdubs to the Headley material at Island Studios. Soon after, Page traveled to Los Angeles to work on the initial mix of the album at Sunset Sound studios before later returning to Island Studios for additional mixing. The final mix was then delayed until July to accommodate the band's spring and summer tours.

One of the most memorable parts of the album artwork was the four symbols used on the inner sleeve and album label to represent the four band members.

"There was a really nice little book of signs and symbols," John Paul Jones says. "So, we decided to choose our symbols from this book appropriate to each member. So, Bonzo [John Bonham] and I dutifully went away, and we actually chose symbols which were kind of the opposite of each other graphically, which was quite strange. And then, of course, Robert and Jimmy designed their own. They all had their own personal meanings."

Famously, the untitled album was issued with no text on the front or back covers, including the band's name or an album title — a radical idea at the time.

"After the release and success of the third album, we were still getting negative reviews about the albums and concerts in certain trade journals in America," Page recalls. "And even after the third album, it was being said that we were 'a hype' and one thing and another. It was slightly aggravating. It seemed as though it would be an interesting proposition to actually put out an album with no information on it at all…and see how it would sell."

"The cover means whatever people want to read into it." said John Bonham around the album's release. "For me it means: 'I'd rather live in an old house than a block of flats.' My personal view is that the album is the best thing we've ever done. I love it. It's the fourth album and it's the next stage we were in at the time of recording. All the albums have been different and to my mind this is the best and that's not trying to be big-headed or flash."

In 1968, Page formed LED ZEPPELIN, one of the most influential, innovative and successful groups in modern music, having sold more than 300 million albums worldwide. The band rose from the ashes of THE YARDBIRDS, when Page brought in Plant, Bonham and Jones to tour as THE NEW YARDBIRDS. In 1969, LED ZEPPELIN released its self-titled debut. It marked the beginning of a 12-year reign, during which the group was widely considered to be the biggest and most innovative rock band in the world.

LED ZEPPELIN continues to be honored for its pivotal role in music history. The band was inducted into the Rock And Roll Hall Of Fame in 1995, received a Grammy Lifetime Achievement Award in 2005, and a year later was awarded with the Polar Music Prize in Stockholm. Founding members Page, Plant and Jones — along with Jason Bonham, the son of John Bonham — took the stage at London's O2 Arena in 2007 to headline a tribute concert for Ahmet Ertegun, a dear friend and Atlantic Records' founder. The band was honored for its lifetime contribution to American culture at the Kennedy Center Honors in 2012. In January of 2014, the band won their first-ever Grammy award as "Celebration Day", which captured their live performance at the Ertegun tribute concert, was named "Best Rock Album". 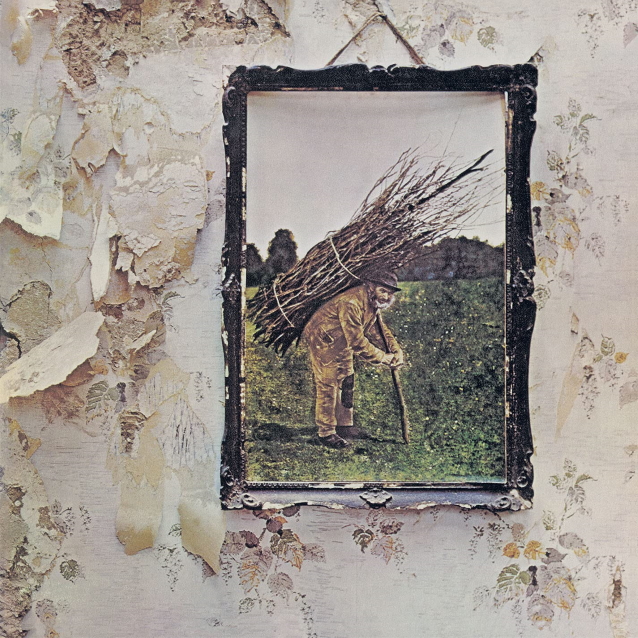