"EP" is the follow-up to 2009's "Dark Hours" album and includes a re-recording of the LION'S SHARE classic "Sins Of A Father" — the opening track on the band's self-titled debut from 1995.

To get a feel for future live setlists, the band encourages fans to make their own "Best of Lion's Share" Spotify playlists, and tag/name them "We Are: Lion's Share". 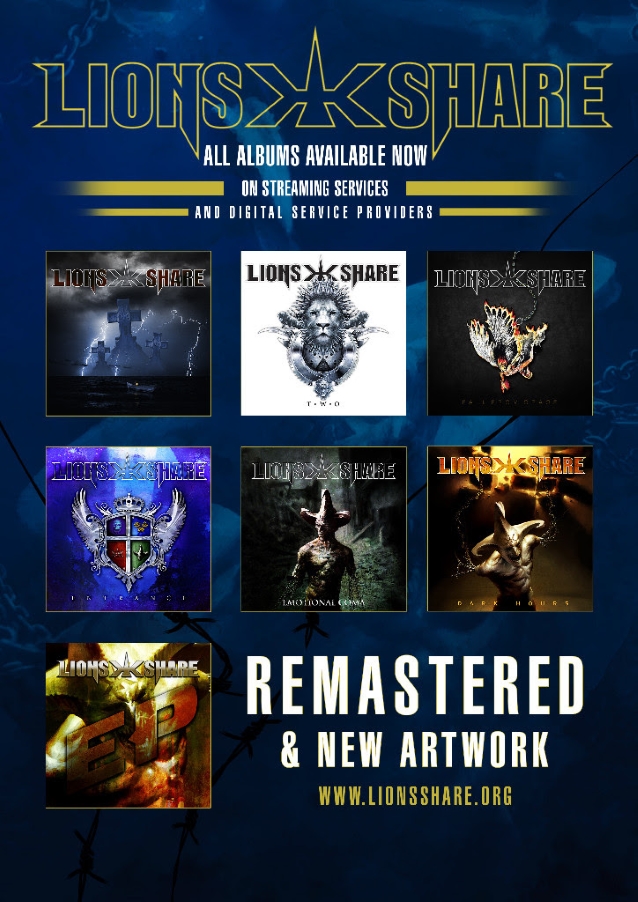