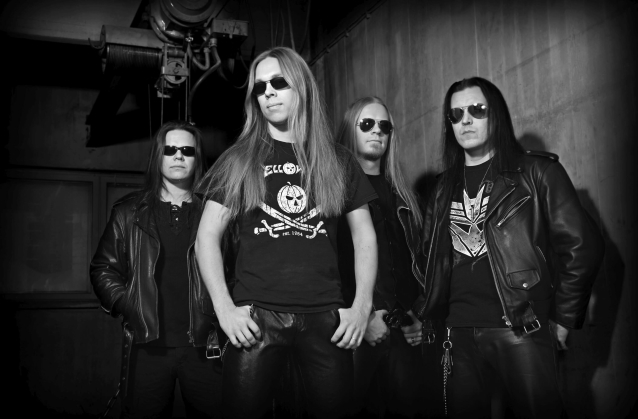 Finnish metallers MERGING FLARE, who are led by former U.D.O./ DIRKSCHNEIDER and current BEAST IN BLACK guitarist Kasperi Heikkinen, will release their second album, "Revolt Regime", on June 14 via Ram It Down Records. The follow-up to 2011's "Reverence" was recorded by Eero Kaukomies and mixed by Mattes Pfeiffer, whom Heikkinen got to know during two U.D.O. studio productions. Mastering was handled by Stefan Kaufmann (ex-ACCEPT). The cover artwork was created by Roman Ismailov, who was also responsible for both BEAST IN BLACK album covers.

According to a press release, MERGING FLARE "have created a classic heavy metal album which reminds of JUDAS PRIEST, ACCEPT, RUNNING WILD, HELLOWEEN and GAMMA RAY, with that typical Nordic flavor added (think of TAROT). All members of the bands are rooted in the '80s — and you can definitely hear that."

MERGING FLARE was founded by members of a band called DISEASE. After a few demos and split singles (made between 2001 and 2007), the group was ready to sign its first record deal in 2009. They started working on material in 2010 and released "Reverence" a year later.

BEAST IN BLACK supported NIGHTWISH on a huge arena tour in late 2018 and followed up with the extremely successful release of its sophomore album in February 2019. 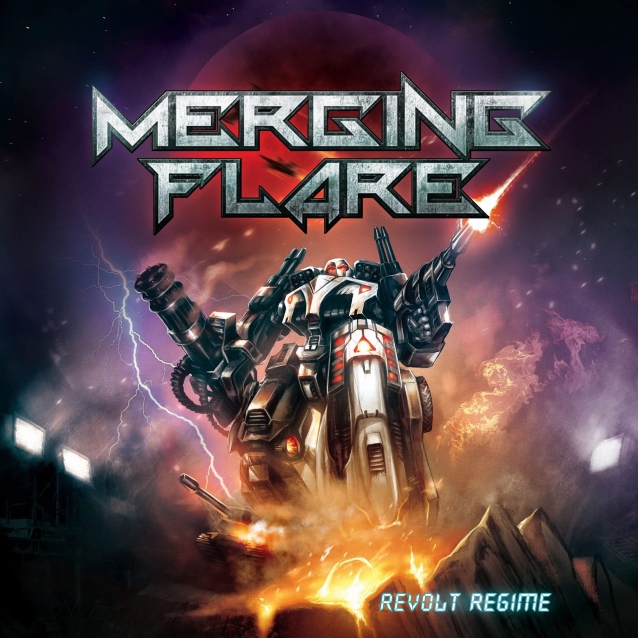