METALLICA has teamed up with Vans to honor the upcoming 30th anniversary of the band's self-titled album, better known as the "Black Album," with a limited-edition Sk8-Hi and Classic Slip-On.

Inspired by the band's never-ending pursuit of going faster, louder and "Off The Wall", the Vans x Metallica footwear assortment features artwork inspired by METALLICA and designed by iconic METALLICA artist Pushead and will be sold exclusively via Vans Family on July 25 at 9 p.m. PST and on Metallica.com on July 26 at 9 a.m. PST.

METALLICA's self-titled, fifth studio album was originally released in August of 1991 and has sold over 30 million copies worldwide and spent over 580 consecutive weeks atop the music charts. Vans and METALLICA have been long-time partners and collaborators, the band having performed at House Of Vans London in 2016 and released three previous footwear and apparel collaborations over the last decade. This July, METALLICA and Vans once again join forces to release two footwear silhouettes, which feature artwork created by Pushead, who has provided iconic imagery and artwork for the band's tour books, t-shirts and stages since 1986. Pushead's "Sad But True" design is synonymous with the entire "Black Album" era; his twin skulls traveled the world, displayed on banners on each side of the stage while METALLICA performed.

The latest Vans x Metallica release showcases Pushead's enigmatic facing skulls across the quarter panels of the Sk8-Hi as well as the opposing sides of each Classic Slip-On. Each design showcases a graphic blue shatter design and silver METALLICA branding around the sidewall of Sk8-Hi and stop the upper of the Slip-On. Each pair is finished with METALLICA printed on the heel stay. 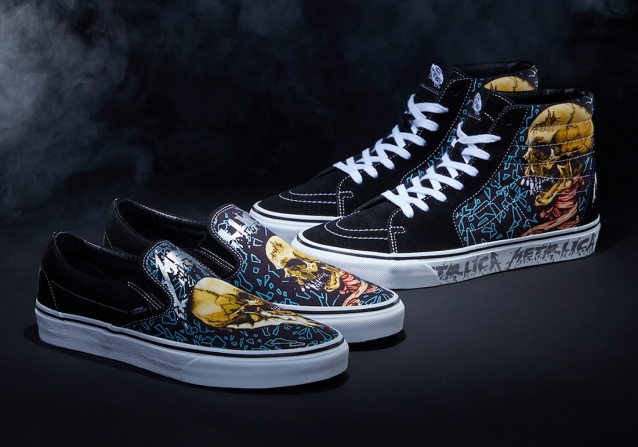 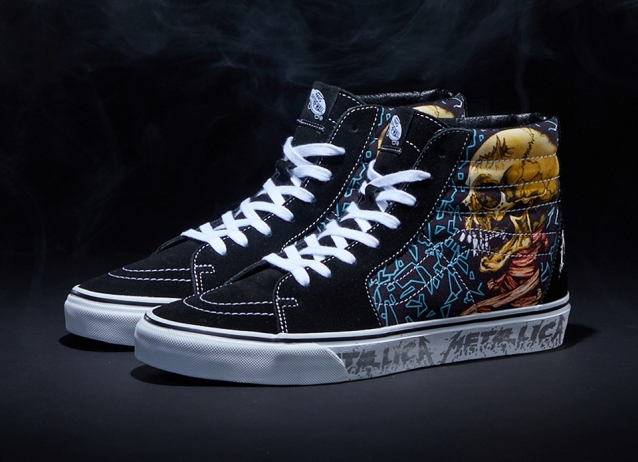 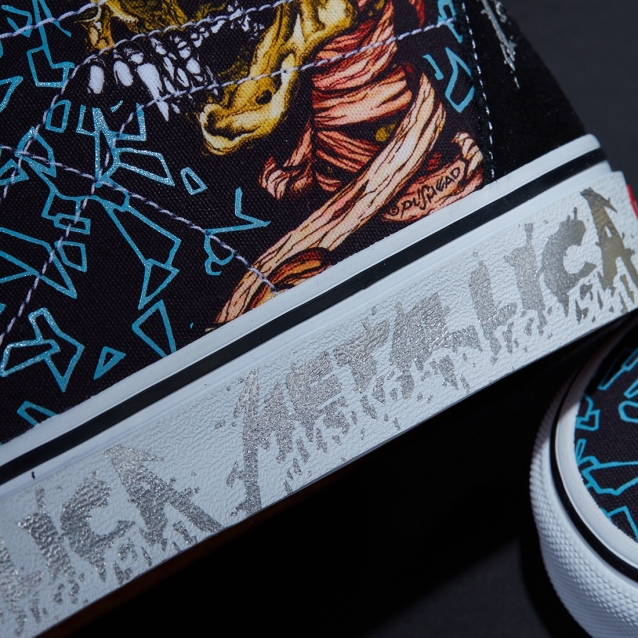 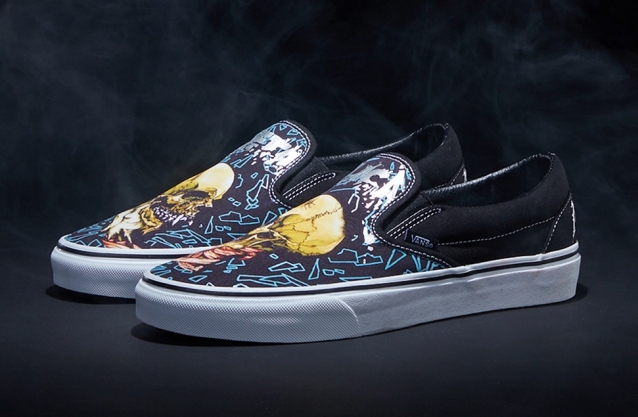 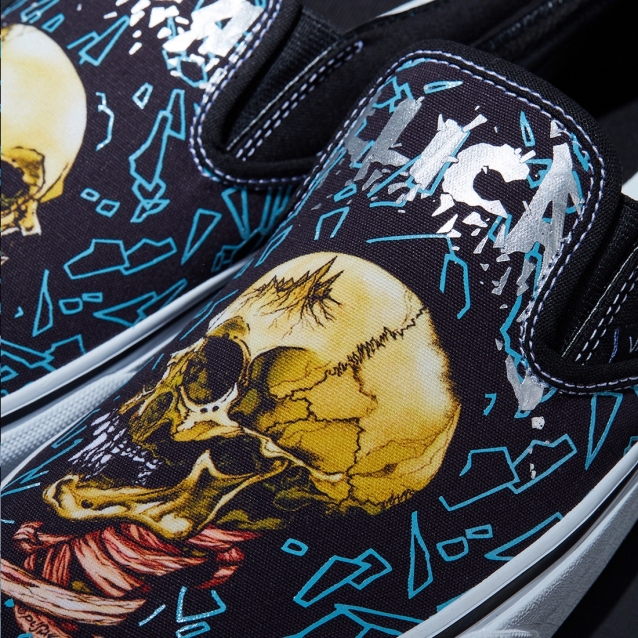