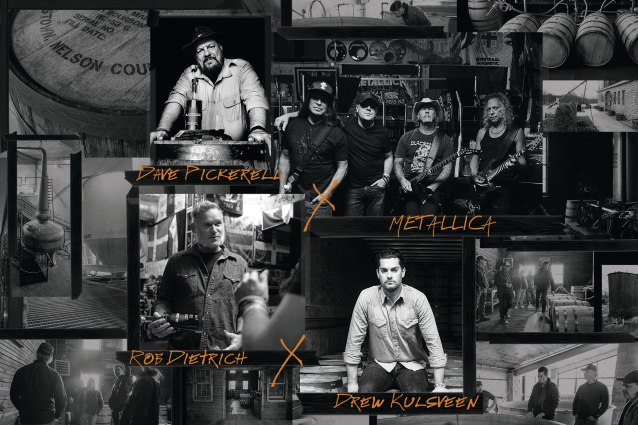 Blackened American Whiskey has unveiled its new "Masters Of Whiskey Series" with the inaugural release, Blackened X Willett Kentucky Straight Rye Whiskey Finished In Madeira Casks. The expression is a result of the collaboration of two of today's most innovative distillers, Rob Dietrich of Blackened and Drew Kulsveen of Willett Distillery.

Blackened was born from the masterful collaboration between legendary Master Distiller Dave Pickerell and METALLICA. It's this core tenet of collaboration behind the "Masters Of Whiskey Series" — a convergence of passionate master craftsmen who combine their talent and skills to create a distinctive expression. This series will combine strengths of Dietrich and renowned whiskey makers to re-imagine craft whiskey and create more complex expressions.

The Blackened X Willett Kentucky Straight Rye Whiskey Finished In Madeira Casks starts with a base of low rye and high rye whiskey recipes that were hand-picked by Dietrich and Kulsveen, from the Willett Family Estate Reserve Selection. The two tasted and experimented with a number of whiskeys before landing on the recipes that would create the perfect flavor profile. Aged for an average of 6.5 years in white American oak casks, the complexity of the whiskey balances perfectly, gracing the nose with hints of sweet rhubarb, brown sugar, corn husk, cigar box, and vanilla. The first sip liberates the palate with notes of buttery caramel, earthy mint, and fresh-cut hay, rolling into a superb finish with vanilla, cinnamon butter, and dark walnut.

After the rye whiskeys are married together, they are finished in Madeira casks for up to 14 weeks. Madeira is a fortified wine made on the Portuguese Madeira islands and receives its unique taste from repeatedly heating the wine. The casks impart subtle dark fruit notes, overtones of honey, and slightly sweeter flavors of caramel and cinnamon that pair perfectly with the spicier notes of the rye. The expression is bottled at cask strength.

The 11-track playlist for the Black Noise process was chosen by both Dietrich and Kulsveen and sequenced by METALLICA co-founder and drummer Lars Ulrich.

* For Whom The Bell Tolls
* Master Of Puppets
* King Nothing
* Welcome Home (Sanitarium)
* Dyers Eve (Remastered)
* Broken, Beat & Scarred
* The Thing That Should Not Be
* Atlas, Rise!
* Of Wolf And Man
* One (Remastered)
* Enter Sandman

While the "Masters Of Whiskey Series" is part of Blackened's future, the collaboration between Dietrich and Kulsveen also provides an homage to the past. Both brands were profoundly impacted by late Master Distiller and whiskey luminary Dave Pickerell. Known as the "Johnny Appleseed" of craft distilling, Pickerell used his expertise to help dozens of entrepreneurs start or restart small craft distilleries, one of which was Willett Distillery. He had been a longtime friend of the Kulsveen family and bonded with them over a shared passion of whiskey making. In 2011, when the Kulsveens were looking to bring the Willett Distillery back online, Dave lent his insights and helped with logistics to get the distillery up and running. When Blackened was looking for a location to shoot its brand video, the Kulsveens graciously lent their distillery. It was then that Dave introduced the Blackened team to the Kulsveens, setting the foundation for this collaboration.

METALLICA met the Kulsveens and the distillery team when the band was in Louisville for its "WorldWired" tour. The band received a first-hand look at Willett's production, christened the distillery's new restaurant with a delectable meal, and bonded with the Kulsveens over fine cigars. The rest, as they say, is history.

"We couldn't think of a more impactful first release for the series than a collaboration with Willett Distillery," said Dietrich. "I wanted the first expression in the series to be a rye, and as a huge fan of Willett and everything they produce, I felt it was the obvious first choice. I couldn't be more honored to work with Drew and the great team at Willett Distillery. Our connections to Dave brought everything full circle, and when I was working with Drew and the Kulsveens, it was almost like being welcomed back. I'm extremely excited by what we've accomplished, and I hope our fans and the whiskey enthusiasts of the world will enjoy this whiskey as much as Drew and I have!"

"We are thrilled to congratulate Rob and the Blackened team on this inaugural release of what will certainly be a unique series of whiskeys," said Kulsveen. "Frankly, I have had a good time collaborating with Rob on this project. We realized early on that we both shared a vision for the flavor we hoped to achieve in the blend and we are eager to share what we have come up with."

Ulrich said: "The original idea with Blackened was to create something new, exciting, and unique that connected with both our fans and whiskey enthusiasts — something that stood on its own and was hopefully respected. The next step was to expand on Blackened's foundation, to push the possibilities of the marriage of music and whiskey even further. When we visited Willett Distillery in 2019 and saw the passion and craftsmanship that goes into every drop they produce, we knew we had found kindred spirits. Teaming up with the Kulsveen family to kick off the 'Master… Series' with Willett was the natural next step in Blackened's evolution."

Blackened X Willett Kentucky Straight Rye Whiskey Finished In Madeira Casks is available in limited quantities for a suggested retail price of $139.99. It is the first in the brand's new "Masters Of Whiskey Series," which will feature new collaborations and unique expressions for years to come. 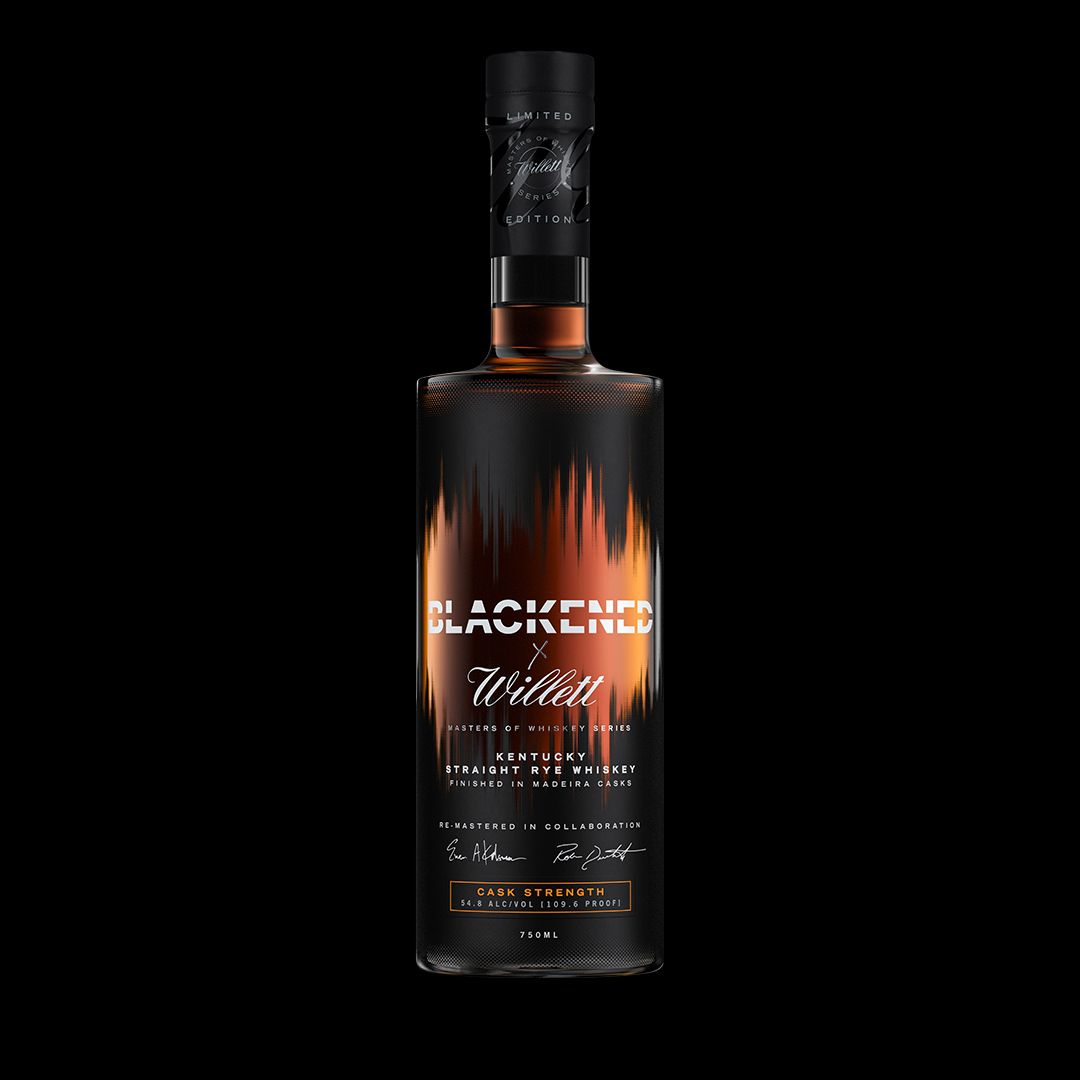