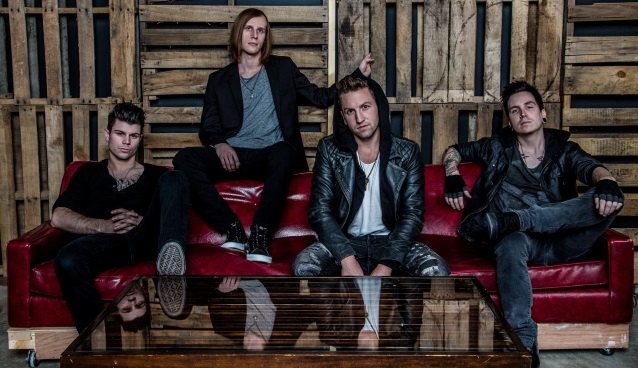 Minneapolis-based alternative rock quartet NEW MEDICINE will release its sophomore album, "Breaking The Model", on August 25 via Imagen Records. The first single from CD is "One Too Many", an upbeat rocker that every person who has ever had an alcoholic drink can relate to. The song was mixed by Chris Lorde Alge and a lyric video for the track can be seen below.

From the intro piano and strings melody of album opener "Breaking The Model" to the final chords of album closer "Boy Like Me", it is clear that frontman and songwriter Jake Scherer wanted to create something different than the band's previous work. Grabbing elements from various musical influences from all genres of music, "Breaking The Model" shows a definite progression in the sound that the band showcased on its debut, "Race You To The Bottom".

"I hope people appreciate that we pushed the envelope and didn't make the samerecord twice," Scherer explains. "We tried some new things, but we never lost our attitude or lost sight of where we came from. We want to make rock 'n' roll cool, young, dangerous, and exciting again."

"Breaking The Model" was produced by Kevin Kaddish, known for his work with O.A.R., SKILLET, MEAT LOAF and Miley Cyrus, to name a few.

The track listing for the CD is as follows:

Formed in 2009, NEW MEDICINE burst onto the scene with its 2010 debut, "Race To The Bottom". That CD went on to sell over 30,000 copies based on the strength of the music, radio support and a extensive road work alongside AVENGED SEVENFOLD, HALESTORM, ADELITA'S WAY, HOLLYWOOD UNDEAD and STONE SOUR.

NEW MEDICINE is Jake Scherer on vocals, Dan Garland on guitars, Kyle LeBlanc on bass and Dylan Wood on drums. 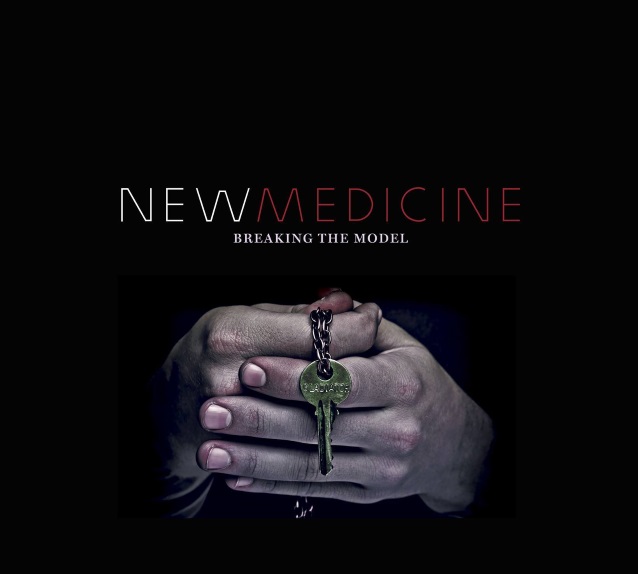