NEW YEARS DAY has announced the "Unbreakable" headlining tour. Support on the trek will come from DIAMANTE and SAVAGE AFTER MIDNIGHT will be the opening the show. Tickets go on sale on Friday, April 26 at 10 a.m. local time.

"We are SO excited to finally be headlining on our own tour," states lead NEW YEARS DAY singer Ash Costello. "We put a lot of thought in who we'd like to share this monumental moment with and it wasn't a very hard decision, because we are thrilled to be taking out another woman of rock, Diamante, the ice to my fire! no doubt this is going to be a killer show!"

NEW YEARS DAY will be touring in support of its new full-length album, "Unbreakable", which is due on April 26 via RED Music. The disc's first single, "Shut Up", is currently climbing the Active Rock Radio chart at No. 21 after just three weeks and has spent three weeks on the Billboard Mainstream Rock chart. The track has over 500,000 total streams and also been featured on Spotify's "Rock Hard", "Heavy Queens", "New Metal Tracks", "New Noise", and "Fierce Femmes" playlists, along with Apple Music's "Breaking Hard Rock" playlist and Amazon Music's "Rock Scene", "Brand New Music", and "Fresh Hard Rock" playlists. The band has also released the tracks "Come For Me", which was featured on New Music Friday, and "Skeletons", which has raked in over three million streams.

"Unbreakable", NEW YEARS DAY's fourth studio album, was produced by Mitchell Marlow (ALL THAT REMAINS, IN THIS MOMENT) and Scott Stevens (HALESTORM, SHINEDOWN). "Unbreakable" is the follow-up to the band's 2015 LP "Malevolence", which hit No. 45 on the Billboard 200, thanks to the radio hits "Defame Me" and "Kill Or Be Killed".

NEW YEARS DAY is currently supporting FALLING IN REVERSE on a U.S. tour. 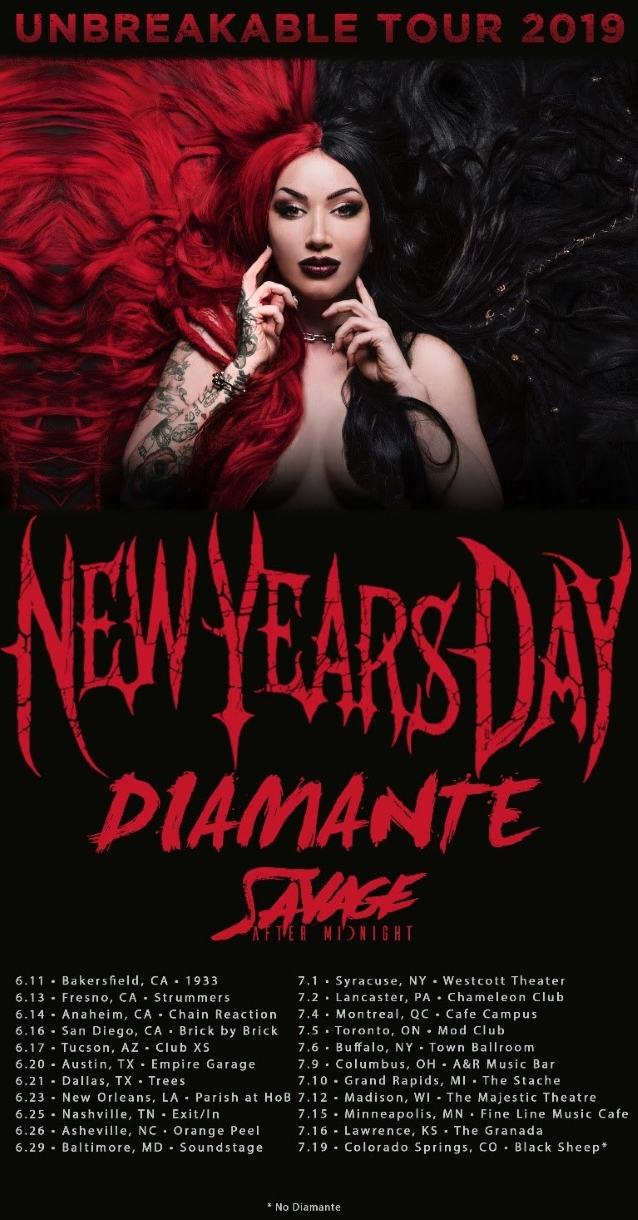