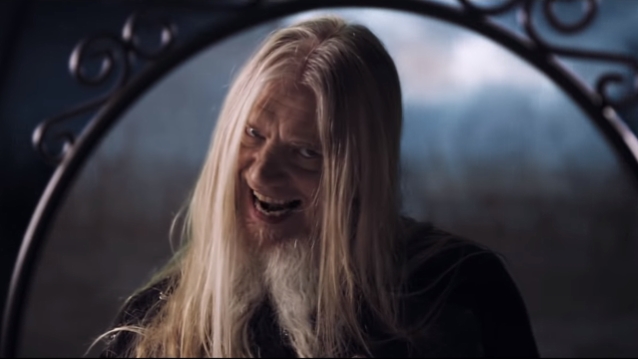 "Isäni Ääni", the new video from NIGHTWISH bassist/vocalist Marco Hietala (a.k.a. Marko Hietala), can be seen below. The song is taken from his solo album, "Mustan Sydämen Rovio", which will be released on May 24 via Savonian Rooster.

Asked by Kaaos TV when he started to think about releasing a solo album, Marco said (see video below): "It's a lot of stuff, lyrical, musical stuff and some of them started somewhere like 10, 15 years back, little tidbits of ideas that I hadn't used. I had been waiting and it's really a load of years. Some are from the couple of years behind some ideas when we started working on this album with the guys. Like I said, even back 15 years some ideas that developed into songs or got parts in songs. It's all kinds of stuff. Of course, I've been writing a lot for TAROT and quite a few pieces of music and some lyrical stuff with NIGHTWISH, too, but these things were kind of more personal. Like I said, this album — people think of heavy metal immediately when they see me, but I figured the right term for this album would be 'hard prog.' There's some very metallic elements, but there's also a lot of acoustic and atmospheric stuff that I've been writing a lot of. It's a wide variety of items, musically."

Regarding whether he enjoyed being able to do what he wanted with his solo album versus writing for TAROT or even NIGHTWISH, Marco said: "In a way, you don't have to justify your songs to a band who already has its own line and vision and all that. Then again, also being responsible for everything that is written, is also a heavy thing. I'm really happy the guys, Tuomas [Wäinölä, guitar] and Vili [Ollila, keyboards] really got into the music that much themselves. They really worked on doing the arranging. For instance, all the string quartet arrangements, they wrote them down on paper and gave them to the players when we were recording that. I don't know…in this case, the pressure and the responsibility have been greater because you're in the line yourself even though you have friends helping you. But the responsibility is heavier, therefore the pressure, also. In NIGHTWISH or TAROT, NIGHTWISH, especially since Tuomas [Holopainen] writes almost everything, it's kind of easier not to carry that much responsibility."

On the topic of when he decided now was a good time to release a solo album, Marco said: "It was when we had the sabbatical with NIGHTWISH that I figured it's time to ask the guys if they want to start working with me. We started, but then, of course, we originally planned for the release for the year and it didn't happen. Just way too much with everyone. So, then it took this much time to kind of finish, then I already did last year in between and recording some stuff here and there, some demo things and obscure German backstages with some vocals being sent over to Finland: 'What do you guys think of this?'"

Asked if it was important for "Mustan Sydämen Rovio" to reflect him properly as a solo artist, Marco said: "As a matter of fact, it doesn't have that kind of ego-based thinking at all. Of course, it might present me and I'm writing the whole thing in Finnish and in English. It's not something many people have done. I just had an ambitious plan for it and I started to realize it. Of course, if it gets me some respect and liking, I don't mind it, but I've been in the business for quite a while to know not to be dependent on what the world thinks of me." 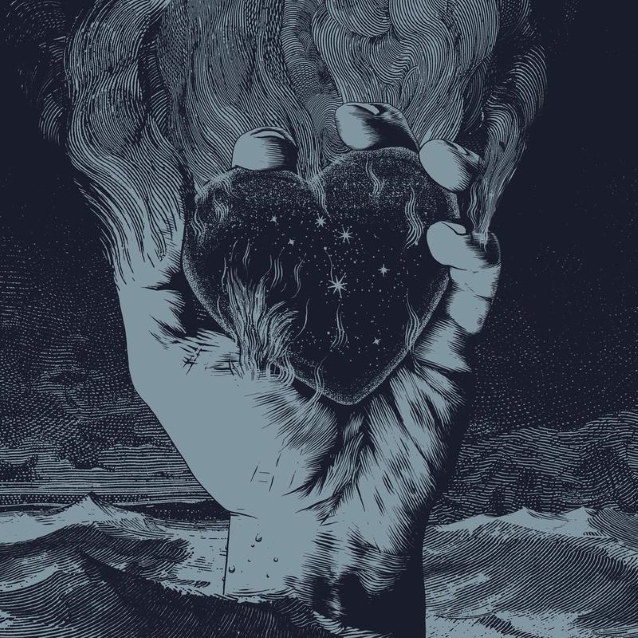