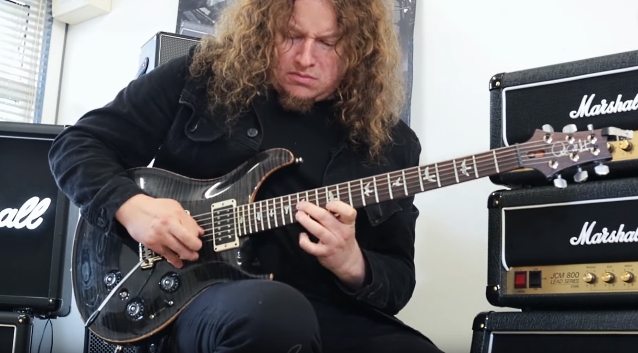 Marshall Amplification hung out with Fredrik Åkesson of OPETH at this year's Download festival to try out the new Studio Vintage Series and talk all things tone. Check out the video below.

OPETH's 13th album, "In Cauda Venenum", will be released on September 27 via Moderbolaget / Nuclear Blast Entertainment.