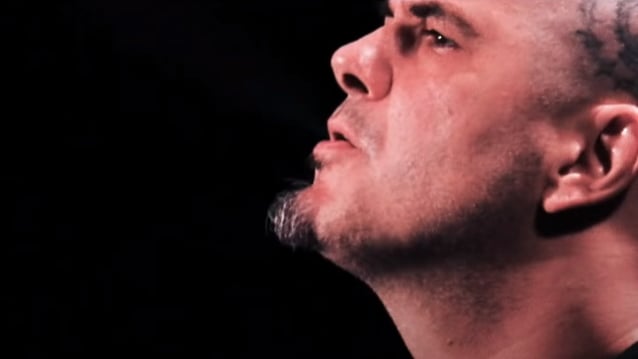 Last year, former PANTERA frontman Philip Anselmo and his solo band, THE ILLEGALS, were guests on Santiago, Chile's "Waka Weed TV" show. During the chat, which has just now been uploaded to YouTube, Anselmo spoke about his reliance on marijuana as a way to spark creativity and treat chronic pain.

He said (see video below): "I deal with back pain every fucking day, so, for me, right now, going the all-natural route — it's all [as] natural as I possibly can for the last, I guess, a year and a half solid; really dedicated to it. I quit drinking — what? — three years ago or something like that, almost four now. So, yeah, the weed is important — it's important… Especially when you're writing music, doing music, creating music for me — I love the pot, because it does help me focus."

He continued: "Imagine each project that I have — each band has its own sound; they all sound unique. That way I can focus on the style of the band. And I take that style and expand it under its own genre — maybe even branch out. I don't know.

"Creating music with pot is the way to go, and I've always known that, since I was a kid. Even listening to music. When I was younger, you could blare something on the stereo in front of me, but until I smoked weed, that's when I locked down and listened. That's when I would be, like, 'Oh, wow! I feel the power of this.'"

In January 2019, Anselmo undwent back surgery — the latest in a line of corrective procedures designed to helped him deal with the damage to his back, neck, and knees sustained over three decades of touring.

PHILIP H. ANSELMO & THE ILLEGALS' second album, "Choosing Mental Illness As A Virtue", was released last year via Anselmo's Housecore Records in the U.S. and Season Of Mist in other parts of the world.