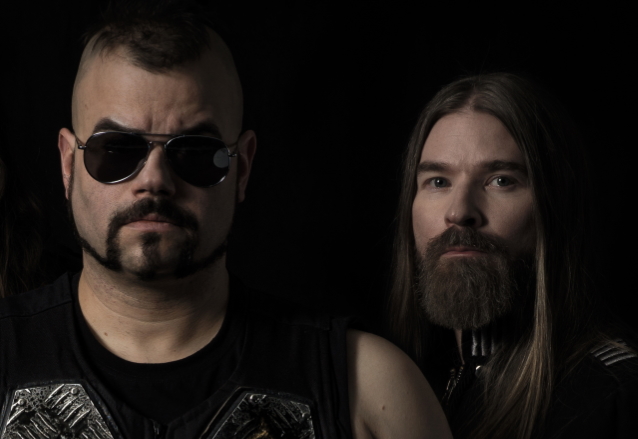 According to the Swedish newspaper Aftonbladet, SABATON founders Joakim Brodén and Pär Sundström have been ordered by the Swedish Tax Agency (Skatteverket) to pay hundreds of thousands of dollars in tax surcharges.

The Swedish Tax Agency, which manages civil registration of private individuals and collects taxes such as personal income tax, corporate tax, VAT and excise tax, believes that Brodén and Sundström did not report their income from USA tours in 2016-2018 correctly. As a result, each one of the musicians will have to cough up a substantial amount to settle his debt.

Brodén, who writes all of the music for SABATON, is the one who is facing the biggest tax blow, having been ordered to pay back more than two million Swedish kronor (more than $233,000).

Brodén and Sundström claim to have followed the United States – Sweden Tax Treaty which covers double taxation with regards to income tax, corporation tax, and capital gains tax, and insist that they had hired experts to make sure the paperwork was filed properly. Despite this, the Swedish Tax Agency says that the accounting was not handled accurately.

Brodén and Sundström can appeal the decision.

SABATON is considered to be one the most important bands to emerge from the Swedish modern metal scene, having been honored with five Metal Hammer Golden Gods Awards (including "Best Live Band" three different years) and nominated several times for the Swedish equivalent of the Grammy Awards, the Grammis. In 2016, SABATON's "The Last Stand" album debuted at No. 1 in three different European countries and cracked the Top 3 in four others. Brodén, Sundström, Chris Rörland (guitar), Hannes Van Dahl (drums) and Tommy Johansson (guitar) curate a festival of their own, Sabaton Open Air, that started back in 2008, as well as their own forward-thinking Sabaton Cruise which has been held since 2009.

SABATON will support JUDAS PRIEST on the "50 Heavy Metal Years" tour of North America, which is scheduled to kick off later this week.