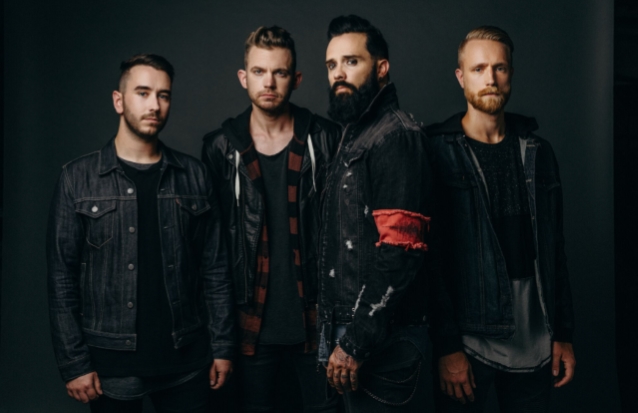 FIGHT THE FURY is the new metal project from SKILLET frontman and bassist John Cooper. The band, which also features SKILLET guitarist Seth Morrison, along with drummer Jared Ward and guitarist John Panzer III, will release its debut EP via Atlantic Records later this year, with full details to be announced in the coming weeks.

Cooper commented on the genesis of FIGHT THE FURY, explaining: "I am so pumped about the release of FIGHT THE FURY. This is a side of me and my music that I don't get to show very often. It takes me back to when I first heard metal and the reason I fell in love with music. It's raw and unfiltered and emotional."

Cooper continued: "FIGHT THE FURY is for all of the fans out there who like the heavy side of SKILLET, but want a super-heavy album. I hope they feel the emotion of the songs that we have put together because this project is for them."

While the Grammy-nominated SKILLET has proven to be one of the most successful rock bands of the 21st century, having sold more than 12 million units worldwide, Cooper wanted to flex his creative muscles outside of his main outfit with FIGHT THE FURY. The music crackles with a metallic, anthemic, and riff-driven intensity, along with unforgettable hooks. The songs that populate the band's forthcoming EP will take up residence in your brain for days at a time.

FIGHT THE FURY will embark on its first-ever tour in Russia this December. Details regarding future North American tour plans will be announced in the coming weeks.

"I am so thrilled to announce to Russian fans that FIGHT THE FURY will be playing our first show ever, on our very first tour ever, in Russia," Cooper enthused. "I'm happy about that because Russian fans are some of the very best in the world. I believe that Russia will embrace FIGHT THE FURY and I look forward to performing! We will have many surprises for you!"

FIGHT THE FURY is:

Posted by Fight the Fury on Wednesday, September 19, 2018