Rock Fest is back for its 23nd year with a killer lineup including the biggest names in rock. SLIPKNOT, HOLLYWOOD VAMPIRES and ALICE IN CHAINS are slated to headline the massive rock festival in Cadott, Wisconsin July 14-16. This year's bill will feature more than 65 bands, including FIVE FINGER DEATH PUNCH, BREAKING BENJAMIN, MARILYN MANSON, RISE AGAINST and many more top rock acts.

Rock Fest 2016 will be treating three-day ticket holders to an exclusive Rock Fest opener Wednesday, July 13. The "Bonus Bash" will include some of the biggest names coming to the festival. Fans will not want to miss this. Gates will open to remaining fans on Thursday, July 14. Fans are able to camp on-site in one of the 7,000 campsites surrounding the concert grounds. Daily shuttles provide transport to and from nearby hotels. Rock Fest offers VIP and reserved tickets and camping for the festival, currently on sale at rockfest.frontgatetickets.com.

Fans will have the opportunity to get Morrie's Pit Passes for each show, getting them as close as they can to their favorite bands. Rock Fest also specializes in offering a wide variety of liquor, beer and food choices to fuel up before and during the show.

Rock Fest is an RFID festival, offering attendees the convenience to experience the weekend by going cashless.

Presale tickets sold out in less than two hours for the 2016 festival. General on sale tickets, camping and Morrie's Pit Passes are available beginning Tuesday, February 9 at 8 a.m. (CST) at rockfest.frontgatetickets.com. 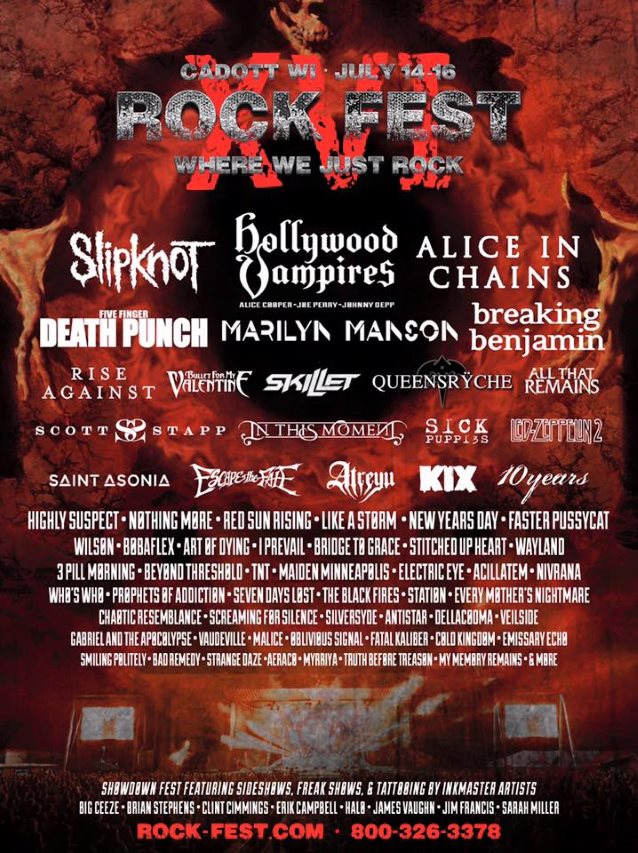