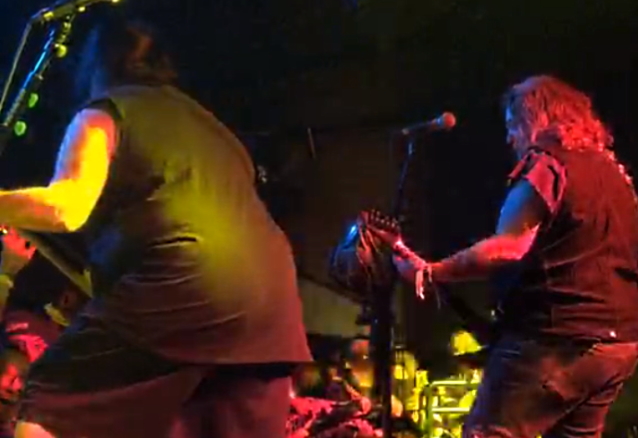 FEAR FACTORY's Dino Cazares is playing guitar for SOULFLY on the Max Cavalera-fronted band's current U.S. tour which kicked off last night (Friday, August 20) at Launchpad in Albuquerque, New Mexico. The 33-date trek will make additional stops in New York, Chicago and Austin before concluding in Tempe, Arizona on September 25. The final date will be a family celebration as it will include performances by INCITE, GO AHEAD AND DIE and HEALING MAGIC. Joining the band for select dates are NIVIANE and SUICIDE PUPPETS.
Video footage of the Albuquerque concert can be seen below.

Last week, Max told Metal Kaoz that Marc has been spewing out "lies and bullshit" in some of his recent interviews regarding his exit from SOULFLY. "All these accusations — it hurts," he said. "It hurts to hear. After everything that we did for him, which was a lot — we put him on all the records and always took really good care of him, always really, really gave good treatment to him. To hear him backstabbing us like that, it's just not nice. He's obviously trying to get fans to be against me and make him the victim… It just sucks to hear all that. It definitely hurts me when I hear all these accusations that I know are lies and bullshit; it's all fabricated by his crazy mind. I don't know. It's a strange situation." 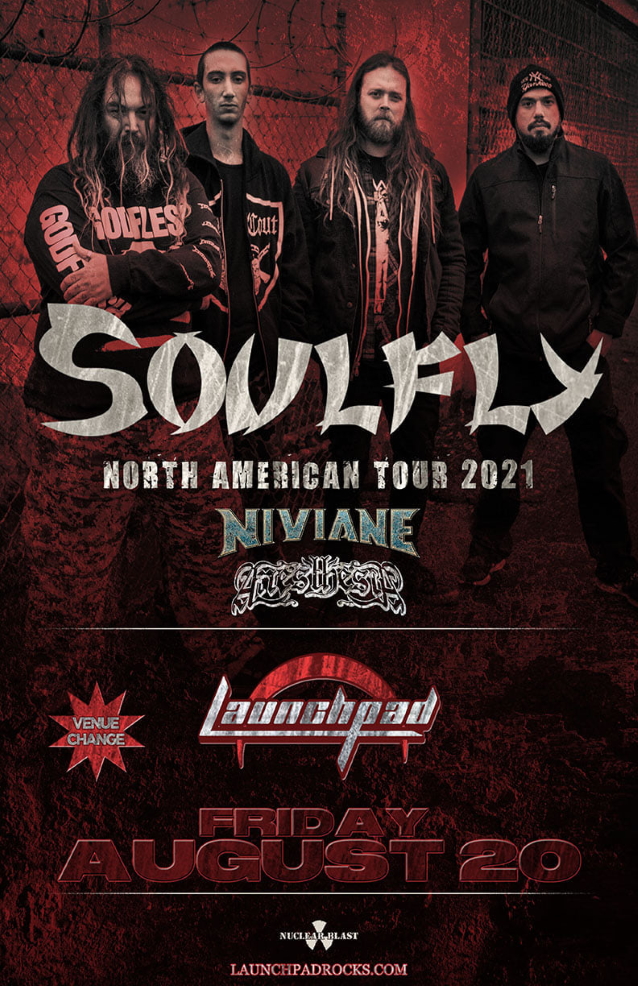