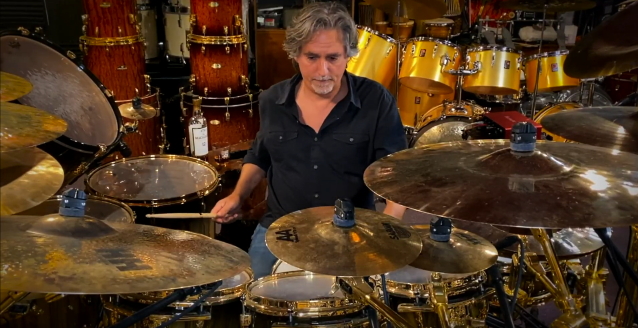 STYX's Todd Sucherman was among the drummers who paid tribute to Neil Peart during the Modern Drummer Festival 2020, the twentieth annual edition of the festival. The pay-per-view event took place on September 12, produced and distributed by LiveXLive.

Sucherman's contribution to Modern Drummer Festival 2020 consisted of "13 For NP", an original piece of music composed specifically for the event. He explained: "I tried my best to compose a piece that honored a man who always composed his parts, and it was an honor to be asked to participate in this tribute. As well, it was fun to compose this tribute to pay my respects. '13 for NP' is in 13/8 subdivided 2-2-3-3-3 or 2-2-3-2-2-2 or 2-2-2-2-2-3. Thanks to Modern Drummer Magazine, JR Taylor and Eric Dorris for audio & video, and to Neil."

Video of Sucherman's "13 For NP" performance can be seen below.

Peart died on January 7 in Santa Monica, California after a three-year battle with glioblastoma, an aggressive form of brain cancer. He was 67 years old.

RUSH announced Peart's passing on January 10, setting off shockwaves and an outpouring of grief from fans and musicians all over the world.

RUSH's final show took place at the Forum in Los Angeles on August 1, 2015. Peart indicated at the time that he wanted to retire while he was still able to play well, along with a desire to spend more time at home with his young daughter.

Peart joined RUSH in 1974. He was considered one of the best rock drummers of all time, alongside John Bonham of LED ZEPPELIN; Keith Moon of THE WHO; and Ginger Baker of CREAM. Peart was also RUSH's primary lyricist, drawing inspiration from everything from sci-fi to Ayn Rand. 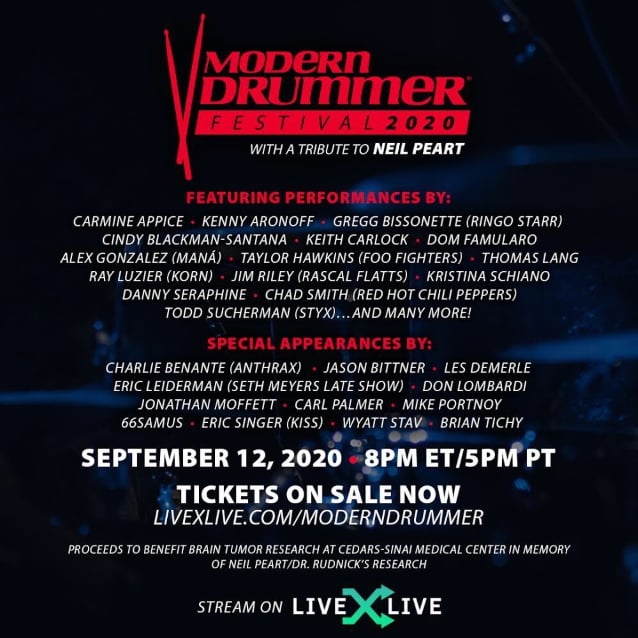