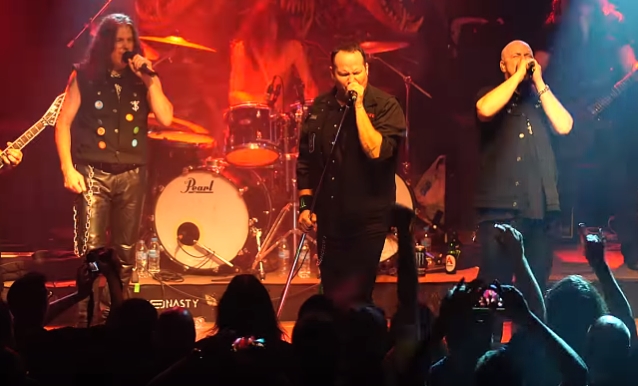 THE THREE TREMORS' self-titled debut LP is due on October 26. The band nourishes in heavy metal anthems, and features the illustrious chops of guitarist Dave Garcia, whose tenacity fuels the fire, allowing the music to naturally flow in complimentary tone. Second guitarist Casey Trask picks up the pace and pushes the boundaries alongside bassist Alex Pickard, who highlights a melodic sensibility giving character to the overall tonality. On drums, the thrash machine Sean Elg adds in his perfectly placed fills and signature double bass patterns. 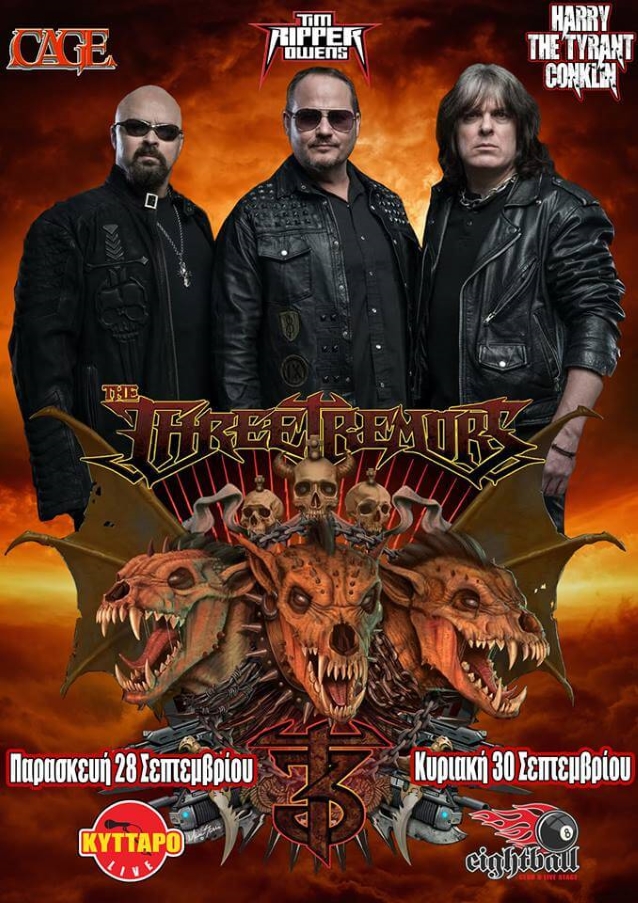