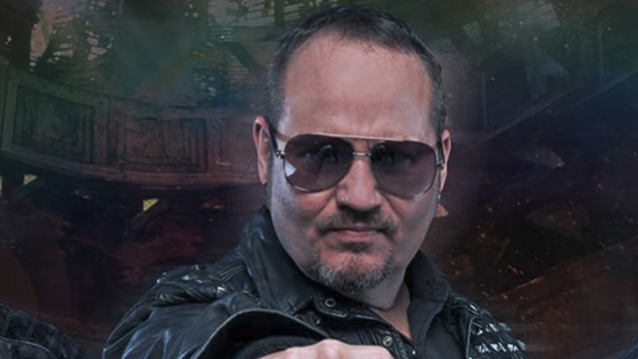 Tim "Ripper" Owens says that he would "definitely" work with Yngwie Malmsteen again, despite the fact that the Swedish guitarist has made disparaging comments about some of the singers that have worked with him in the past.

Last year, Malmsteen gave an interview to Metal Wani in which the iconic axeman said that he had no interest in collaborating with vocalists like Owens, Jeff Scott Soto and Joe Lynn Turner ever again. "I'm very comfortable singing myself, first of all," Yngwie said. "Secondly, there's a certain disconnect when you write the song and you have someone else sing it for you. And it's kind of like a fakeness about it. I always wrote everything — I wrote all the lyrics, I wrote all the melodies, everything; it's just somebody else sung it. And to me, the singer is nothing else than a different… like a bass player or a keyboard player — they're not more important than any other musician. And they, unfortunately, seem to think that they are. And I've kind of had it with their sort of… self-absorbed sort of way, and I'm very much against it. No. I don't like that. I don't like any of those people, and I don't like to do anything with them ever again."

Owens, who fronted Malmsteen's band both live and in the studio from 2008 until 2012, responded to Yngwie's comments in a brand new interview with Ultimate Guitar. He said: "Well, of course he's gonna say that. It's just the way he works. But I'll tell ya, I had a great time [playing with him].

"I actually got along with him really well," Owens insisted. "He treated me great and we had a lot of fun and a lot of laughs. I just had to quit the band. That's why he probably wasn't really happy with us either because most of the singers end up quitting instead of being fired. I was just too busy doing my solo stuff and traveling around solo, doing things like that. That was the biggest thing for me.

"But I don't have anything negative to say about him," Tim added. "I know he said that about singers. I don't quite see how he could ever talk about me like that because we had a great relationship so I'm shocked. Like I said, it must be because I quit the band.

"I got along great with Yngwie and I had a great time. To be honest, if he asked me to do a tour with him again or another record, I would easily do it again. If I had time, I would definitely do it."

In the days after Yngwie's original interview with Metal Wani was published on BLABBERMOUTH.NET, several of the guitarist's former singers — including Soto, Turner and Owens — responded on social media, with Turner describing Malmsteen's statements as "the rantings of a megalomaniac desperately trying to justify his own insecurity." This was followed by a retort from a member of Yngwie's management team, who wrote on Malmsteen's Facebook page that the three vocalists "came out enraged, spitting insults and profanities" at the guitarist because "Yngwie said something that they didn't like." The management representative added: "It's very unfortunate that these past hired vocalists must resort to mudslinging and insults to elicit any kind of media attention towards them. Such classless, puerile words are ungentlemanly at best and absolutely disgraceful at worst."

During a recent press conference in Malaysia, Malmsteen was asked why he chose to handle lead vocals himself on his latest album, 2016's "World On Fire". He said: "I always thought that singers have the Elvis Presley syndrome — they think they're Elvis Presley. They're not Elvis Presley. Because I write the music, I write the lyrics, I write the vocal melody lines — I write everything. Just because I let somebody sing something doesn't mean they're more important than the bass player or the keyboard player or the drummer. Because I write all the parts — I write the drum parts, the bass parts, the keyboard parts, the guitar parts and the vocal parts — like a classical composer. And I really kind of got tired of dealing with their bullshit, really. So I decided to sing myself."