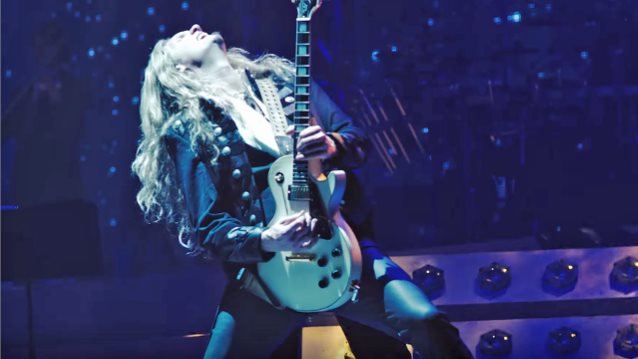 2016 was another record-breaking year for TRANS-SIBERIAN ORCHESTRA (TSO), the project founded by producer/composer/lyricist Paul O'Neill. Proving that the critically-acclaimed, multi-platinum, progressive rock group is more popular on the road than ever before, TSO's winter tour 2016 sold the most tickets per show in the group's history, with a total in excess of 927,000. The tour also set a record gross for TSO with a total of more than $56.9 million.

20 years since the band's first album, and since its historic touring debut, TSO has played in excess of 1,800 shows for more than 14 million fans, with tour grosses of over $625 million, and sold in excess of 12 million albums and DVDs. In 2009, Billboard magazine placed TSO at #25 on its "Top Touring Artists Of The Decade."

TSO's 2016 winter tour kicked off on November 17 and concluded, after 105 shows, with special New Year's Eve performances in Seattle and Cleveland. Based on the group's perennial TV special "The Ghosts Of Christmas Eve", the 2016 winter tour played in 61 cities in a 45-day span. 2016's tour was ranked #11 on the Worldwide Ticket Sales "Top 100 Tours" chart, #16 on the "Top 200 North American Tours" chart, and #25 on the "Top 100 Worldwide Tours" chart by concert industry trade Pollstar magazine. As in years past, TSO gave at least $1 from every ticket sold to charity — approximately $14 million has been donated in total.

Asked if he feels pressure to top himself year after year and show after show, O'Neill told The Morning Call: "Yes. Every year we always say the same thing: 'How the heck are we going to beat this?' Actually, a couple of our crew members used to work for PINK FLOYD and one of them said, 'Paul, there is a reason why PINK FLOYD toured like once every five years.' I'm discovering why. It's a good problem to be having and it's also one of the reasons why at the end of every tour we take quite a bit of the production and pretty much cut it up which forces us to have to come up with something new, something different."

He continued: "One year we had Greg Lake as a special guest. I love Greg Lake because Greg Lake is the guy who invented prog rock. … He said, 'Paul,' he goes, 'you really get prog rock.' I'm like, 'I'm afraid I have no idea what that means.' He said, 'Prog rock is the ultimate form of music. If you're in a blues band and you play jazz songs, it's no longer a blues band. If you're in a jazz band and you play reggae band it's no longer a jazz band. If you're reggae band and play Strauss waltz, it's no longer reggae. But a progressive rock band you can do anything. It's built into the name — progressive — you're always pushing the envelope, which is why bands like RUSH on the radio can go from rock to reggae and back to rock and nobody says boo."

O'Neill added: "Also, with progressive rock bands like EMERSON, LAKE & PALMER, PINK FLOYD, GENESIS, progressive rock bands are not just expected to come up with great songs. Progressive rock is always expected to be pushing the live stage show. When I was kid growing up in New York City, basically there was four guys in spotlights and you were on a roll. I'll never forget the first time I saw GENESIS when they invented the Vari-Lite which changed colors, moods. Everyone was like, 'What the heck is that?' They didn't just rent them they were involved in the design and financing it. It was GENESIS I think that sparked the arms race of special effects on the stage. It basically helped take it to a different dimension. Just make sure that everybody in that arena gets to go to someplace where they normally couldn't go."