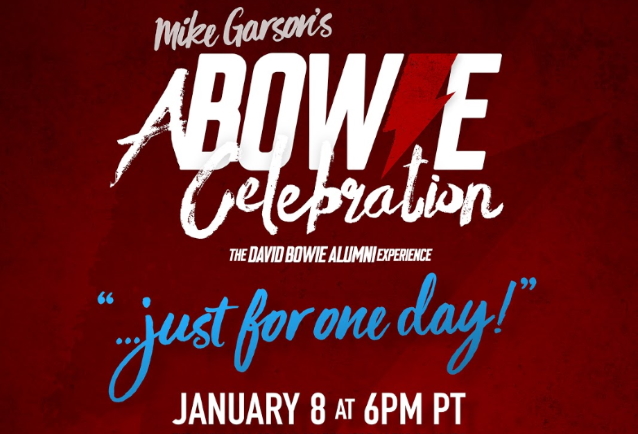 In 2016, the legendary David Bowie left this planet far too soon. In 2020, the live music industry was shuttered due to the coronavirus pandemic. On January 8, 2021, a star-studded group of musicians and vocalists — including those who grew up with his music as well as his friends and bandmates who worked with him and knew him best — will come together on the weekend of the fifth anniversary of Bowie's passing and what would have been his birthday to reconnect, heal, and share the music that has meant so much to so many.

As Bowie's longest and most frequent band member, Mike Garson played on dozens of Bowie albums and performed in 1,000 concerts with the rocker, including both Bowie's first and final performance in the United States. When Garson's most recent "A Bowie Celebration" tour was abruptly stopped mid-tour as the pandemic devastated the live music industry, Garson began looking for the best way to keep the music playing and to allow the celebration of Bowie and his legacy to continue. He began reaching out to artists and alumni about a very special virtual experience for the fans — despite the world looking so different than before.

"I reached out to friends who had played with David, people who grew up listening to him, those he inspired and influenced. Artist after artist I spoke with, each immediately understood my vision and enthusiastically said yes to taking part in this special show," Garson said.

"That's the magic of David's legacy. Like many of the great and timeless songwriters before him — George Gershwin, Cole Porter — David left the world with an amazing and enduring library of music and this is the perfect time to be able to share that music in such a unique and cathartic way."

"What we're planning is an amazing show with the most talented musicians from every period of David's career, as well as phenomenal artists from many different genres," said Garson. "We'll hear different interpretations of David's songs; some with totally new arrangements that have never been heard before."

Garson adds that additional vocalists and alumni band members will be announced soon and suggests that fans "stay tuned for more exciting announcements to come!"

Tickets are on sale now at this location, with early-bird pricing offered through Sunday, November 1. A variety of VIP ticket bundles are available offering fans a variety of exclusive opportunities and merchandise including everything from access to private rehearsals to access to a pre-show soundcheck and an after-show question-and-answer session with members of the band. 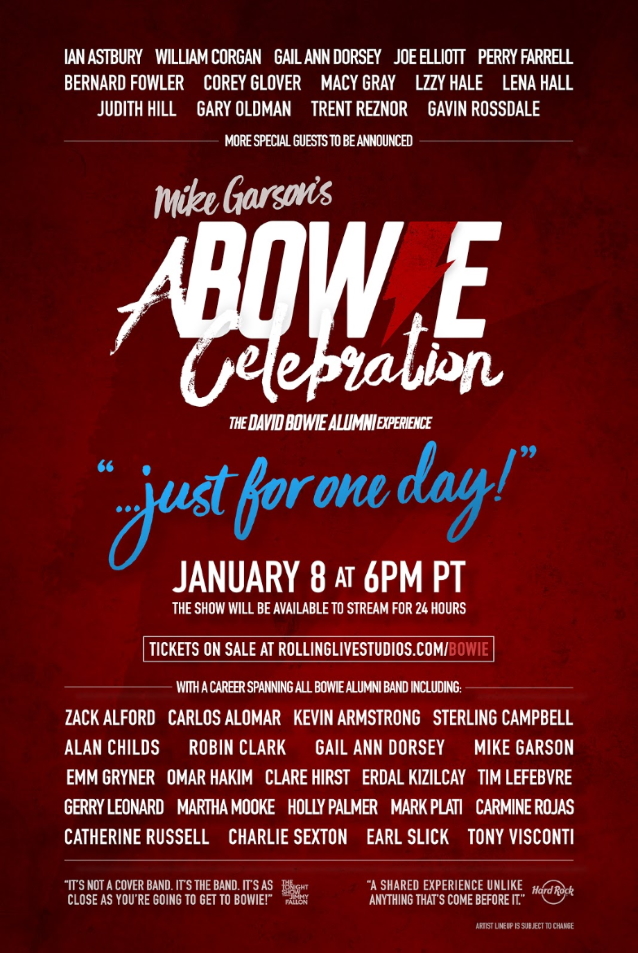