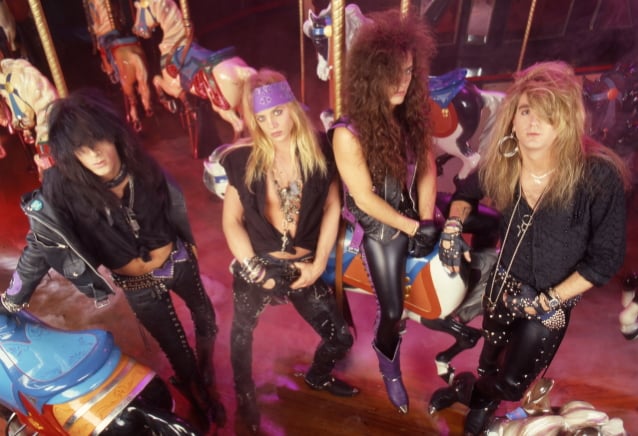 RLS Records has reached a licensing agreement with Rhino Entertainment, a division of Warner Music Group, to remaster and reissue the long-out-of-print album "What Comes Around Goes Around" by famed Los Angeles rockers TUFF.

Available now, the reissue of the 1991 classic comes in both vinyl and CD format and features all ten original songs remastered by Paul Tavenner. Vinyl albums are available in special color options of white, purple, or black and come with a special insert featuring never-before-seen photos, lyrics and the original liner notes. CDs feature a full-color sixteen-page booklet of the same never-before-seen photos, lyrics and original liner notes. The remastered reissues are available for purchase individually or as part of package bundles with band merchandise, autographed copies and more.

"What Comes Around Goes Around" initially sold in excess of over one hundred thousand copies on the strength of TUFF's smash hit single "I Hate Kissing You Goodbye" reaching No. 3 on MTV's highly rated "Dial MTV" as well as songs like "So Many Seasons" and "All New Generation". Since that time, the album has been highly sought after by 1980s-era rock fans and collectors, at times fetching over $100 for a CD and upwards of $200 for the vinyl on online auction sites.

Once hailed as the next big thing on the glam/hair/hard rock circuit, TUFF originally released "What Comes Around Goes Around" on May 14, 1991 featuring production by Grammy Award-winning producer Howard Benson (SANTANA, KELLY CLARKSON, MY CHEMICAL ROMANCE).

"When I was asked to produce TUFF, I wasn't sure what to expect," recalls Benson. "What I got was four extremely hard-working, serious musicians that made a great piece of art. [TUFF singer] Stevie [Rachelle] always wrote from the heart and the band slayed on each track. I am very proud of that record and consider it one of my best from that era."

Rachelle is thrilled to see "What Comes Around Goes Around" reissued as well. "I am excited to say that after three decades, the TUFF debut will see an official reissue via RLS Records courtesy of the fine folks over at Rhino Entertainment and Warner Music Group," he said. "And yes… that means vinyl too!"

TUFF has hopes of putting together some live show dates to celebrate the album's reissue..

For more information or to purchase the remastered, reissue of "What Comes Around Goes Around" along with related merchandise, visit www.TuffCds.com. 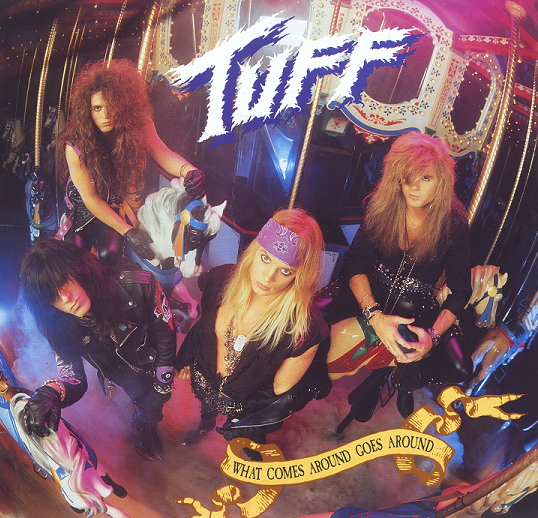